FIREARMS LICENSE HOLDERS HALF AS LIKELY TO COMMIT A HOMICIDE By Dr. Caillin Langmann, M.D. Ph.D.

FIREARMS LICENCE HOLDERS HALF AS LIKELY TO COMMIT A HOMICIDE – So the weighted firearm homicide rate by licenced firearm holders is actually 0.375, approximately half that of the average Canadian population. This takes into consideration that most licenced firearms holders are male and males tend to commit homicide more than females. By Dr. Caillin Langmann, M.D. Ph.D. FRCPC ABEM, Assistant Clinical Professor of Medicine, McMaster University – September 26, 2018 https://www.facebook.com/caillin.langmann/posts/10156537056191006

EXCERPT #1: Earlier this summer — a summer that has seen Toronto wracked by gun violence — a report came out that suggested lawful Canadian gun owners were to blame for at least some of the violence. The article was originally published by the Canadian Press, and was widely republished elsewhere, including at the CBC, the National Post, a dozen local newspapers, CTV News, and, yes, here at Global News. Since then, it has been widely cited in other news stories covering the issue, including in The Toronto Star and The Globe and Mail. The report was everywhere. Here’s the problem. Newly released stats show clearly that it was wrong.

EXCERPT #2: This CP article’s central claim has been at the centre of our gun control debate this summer, and has been cited as a secondary source … I don’t even know how many times. But the article’s central claim, of a surge in domestic crime guns, is bad. Inaccurate. Wrong. And that bad, inaccurate and wrong information is now at the core of an important and contentious public policy debate.

MARK TOWHEY: WHERE ARE THE GUNS COMING FROM?

EXCERPT: “You should lead an examination of a full ban on handguns and assault weapons in Canada, while not impeding the lawful use of firearms by Canadians.”

WHAT’S THE HOLD-UP? PRIVY COUNCIL OFFICE HAS HAD MORE THAN A YEAR TO PROVIDE BILL C-68 CABINET DOCUMENTS By Dennis R. Young – August 24, 2018 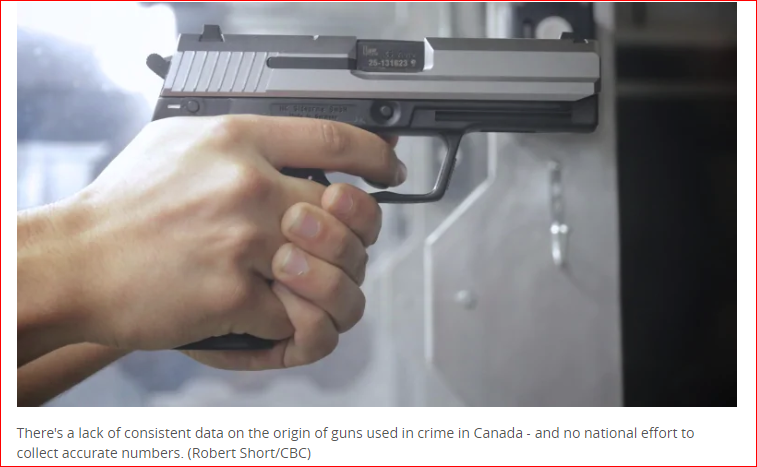 CBC – CANADA CAN’T SAY WHERE ITS CRIME GUNS ARE COMING FROM – Governments, police not collecting national statistics on whether guns are smuggled or sourced domestically By Evan Dyer · CBC News · Posted: Aug 10, 2018 https://www.cbc.ca/news/politics/gun-crime-statistics-1.4779702

FEBRUARY 16, 2018 – WHAT THE RCMP DOESN’T KNOW ABOUT THE FIREARMS THEY TRACE