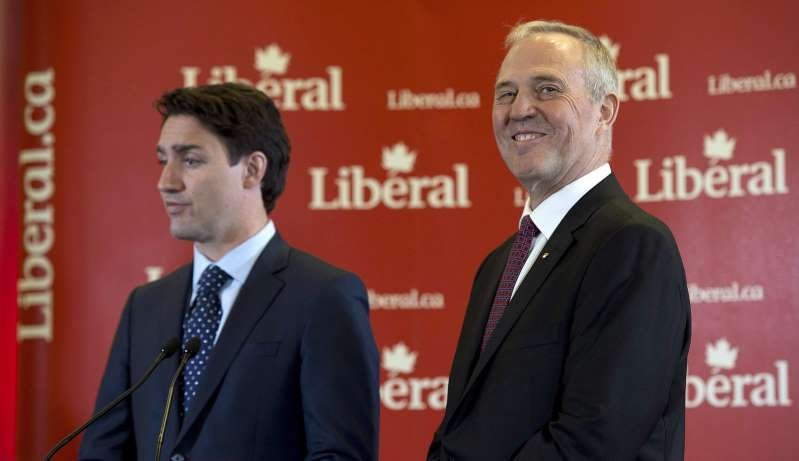 WORDING OF REQUEST: This is further to your request under the Access to Information Act for: (As clarified on August 11, 2019) – “For the period from October 2015 to present please provide copies of all studies, papers, proposals, impact assessments, cost-benefit analyses, recommendations, polls, focus groups, Briefing Notes to the Minister and Advice to the Minister examining the efficacy, arguments for and against and advantages and disadvantages of gun control measures considered by the government including the following:
1. Banning handguns
2. Banning semi-automatic firearms
3. Banning all firearms
4. Central Storage/Repositories for firearms in urban centres.

“DESIGNED TO FAIL: CANADA’S BROKEN FIREARM PROHIBITION ORDER SYSTEM AND HOW TO FIX IT”

Not only is Canada’s Firearm Prohibition Order system broken, it was designed to fail from the very start. This 45-page Special Report explains, in detail, everything wrong with our current Firearm Prohibition Order system and outlines a clear plan to fix it. The only question is… Will the federal government take the action required to keep Canadians safe? Or will they continue to pay lip service to Public Safety while doing nothing to stop violent, repeat offenders from illegally obtaining guns?  Today’s commentary is a lengthy excerpt from my latest Special Report “Designed to Fail: Canada’s Broken Firearm Prohibition Order System and How to Fix It”. A detailed investigation into how to fix Canada’s broken firearm prohibition order system takes a LOT of time, as does distilling all that research down to a coherent, if lengthy, 45-page report. I want to thank Dennis Young for his research into this issue over the years. I also want to publicly acknowledge his willingness to dig up various ATIP responses and research, as well as his willingness to offer his feedback on early versions of this report despite his own serious health challenges. Today’s commentary and this “Designed to Fail” Special Report would not be as thorough or as focused without his assistance. Thank you, Dennis! Stay happy, healthy and safe until common sense returns to our country. By Christopher di Armani – June 10, 2020 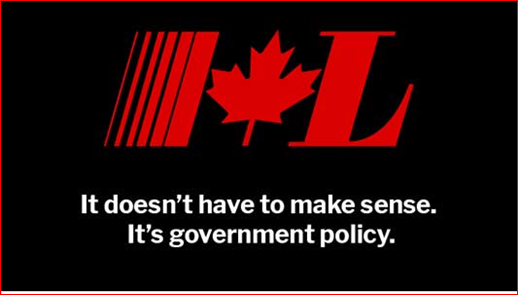 • “The Governor in Council is not of the opinion that any thing prescribed to be a prohibited firearm or a prohibited device, in the Annexed Regulations, is reasonable for use in Canada for hunting or sporting purposes…” – SOR/2020-96: The Liberal government’s Order in Council immediately Prohibiting 1,500 makes and models of guns owned by federally-licenced RCMP-vetted firearm owners because they are “not suitable for hunting.”
• “There will be an exception for indigenous peoples exercising a section 35 hunting right.” – Justice Minister David Lametti, May 1, 2020 Press Conference
Published May 21, 2020 by Christopher di Armani – “All animals are equal, but some animals are more equal than others.” – George Orwell, Animal Farm

WORDING OF REQUEST: This is further to your request under the Access to Information Act for: (As clarified on August 11, 2019) – “For the period from October 2015 to present please provide copies of all studies, papers, proposals, impact assessments, cost-benefit analyses, recommendations, polls, focus groups, Briefing Notes to the Minister and Advice to the Minister examining the efficacy, arguments for and against and advantages and disadvantages of gun control measures considered by the government including the following: 1. Banning handguns 2. Banning semi-automatic firearms 3. Banning all firearms 4. Central Storage/Repositories for firearms in urban centres.”

THE FRASER INSTITUTE BLOG: FEDERAL FIREARMS BAN MISSES MARK—BADLY
Police report that between 70 and 90 per cent of guns used in violent crimes in Canada are smuggled, mainly from the U.S. Gang violence is a growing threat to public safety. According to StatsCan, one quarter (24 per cent) of all homicides were gang-related in 2018, up from 16 per cent in 2015, and licensed firearms owners are much less likely to commit murder than other Canadians. The evidence strongly suggests this gun ban won’t make us safer. If the prime minister wants to stop gun violence, he should encourage the provinces and municipalities to hire more police officers or improve screening at the border to prevent gun smuggling. But this ban targets the law-abiding, not the criminal. Author: Gary Mauser, THE FRASER FORUM – May 14, 2020 CLICK ON THE LINK ABOVE FOR THE FULL TEXT.

LIBERAL GUN BAN: A COLLABORATIVE RESPONSE TO A COMPREHENSIVE ATTACK

A COLLABORATIVE RESPONSE TO A COMPREHENSIVE ATTACK
In a rare show of unity, over 50 Canadian organizations, representing millions of members, from every province across the country, have joined forces in opposing the arbitrary and punitive “gun ban” by a government who fails to address crime. This is just the first step in a collaborative reaction, to a very comprehensive attack. EXCERPT: On behalf of our combined memberships. On May 1, 2020 the Government of Canada, by OIC, did prohibit a large number of firearms previously legally owned in Canada by licensed firearms owners, with the impending threat of additional bans. As a result, we have collaborated on this effort to condemn the actions of this government and demand a credible plan to focus on crime. Among our many objections, here are our three main concerns:  By Tracey Wilson, Canadian Coalition for Firearms Rights – May 14, 2020 CLICK ON LINK ABOVE TO READ THE REST. 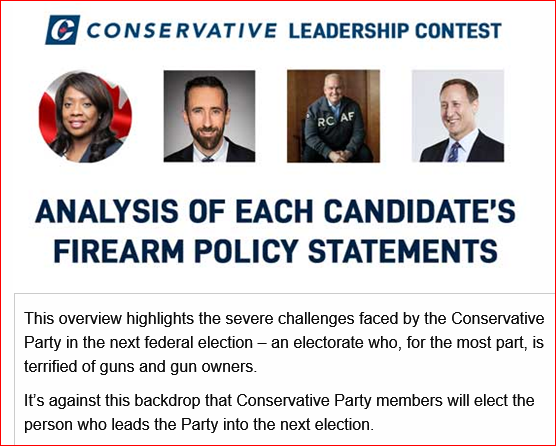 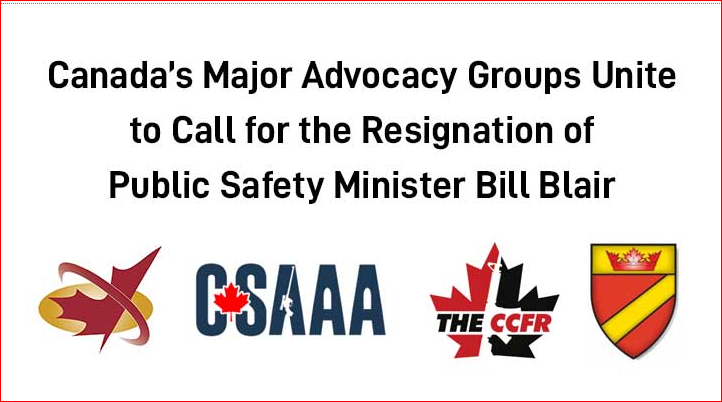 On Saturday, May 2, 2020, Canada’s four largest pro-firearm advocacy groups joined together to call for the resignation of Canada’s Minister of Public Safety, Bill Blair. During a briefing on the Liberal gun ban, officials from Public Safety, CBSA, Global Affairs, RCMP and the Department of Justice could not provide a working definition of the firearms placed on the “banned” list and they all displayed a shocking ignorance of current laws. The full statements from all four groups are listed below: 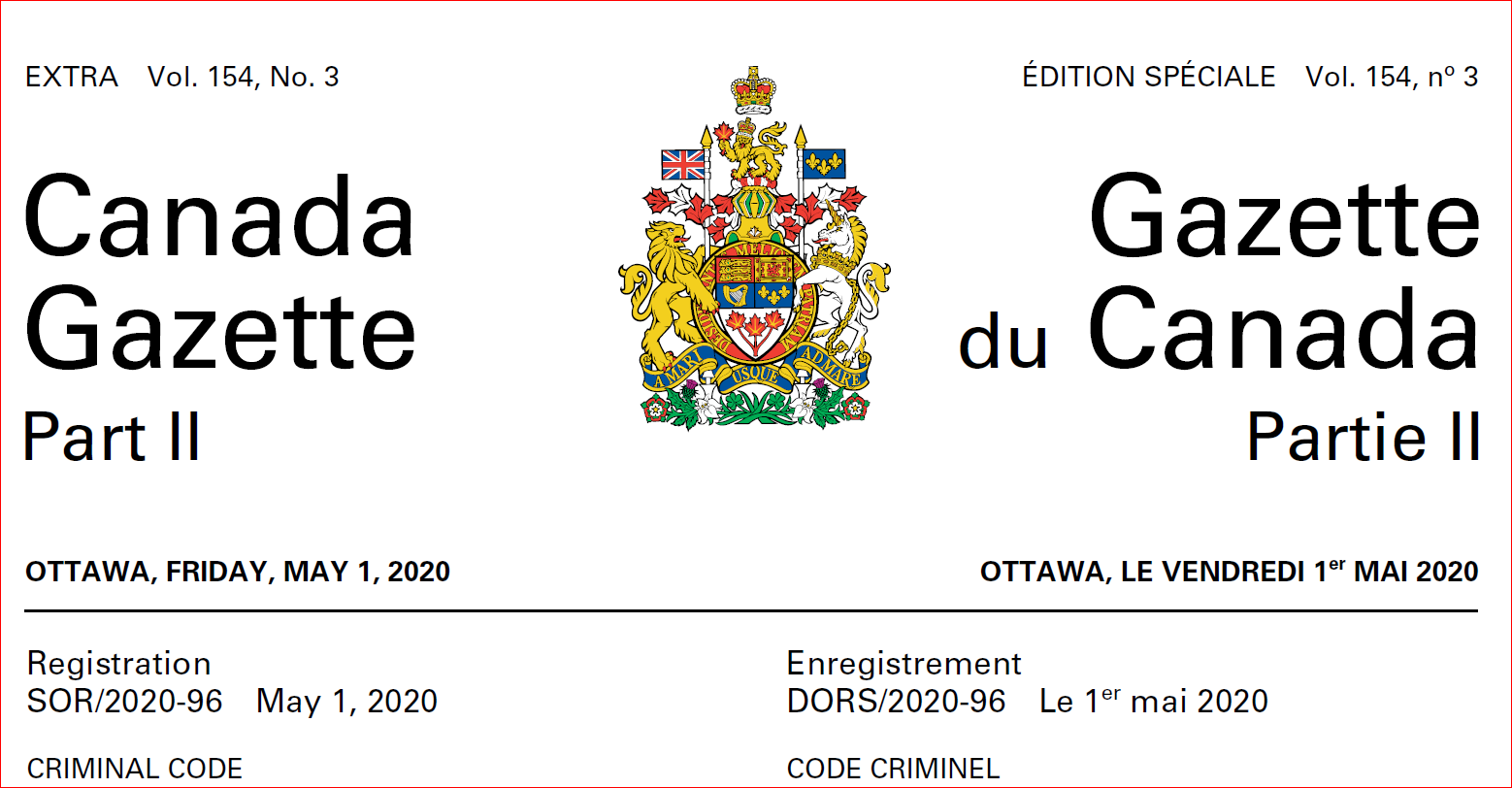