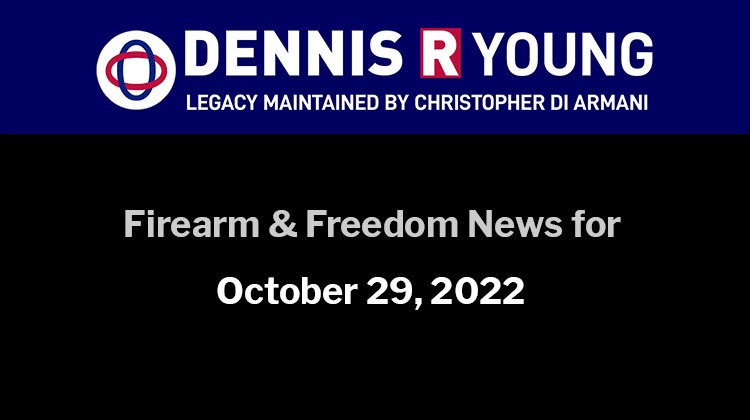 Due to unforeseen issues preventing the Dennis Young’s weekly firearms digest from being published, this week’s update covers the past 4 weeks, making this issue much longer than usual.

Many Canadians have doubts that a federal freeze on handguns would be effective in deterring firearms-related crimes, an in-house Privy Council study has found.

“Most were unsure as to the practicalities and realities of such a policy,” said the study titled “Continuous Qualitative Data Collection of Canadians’ Views,” which also said that “a large number expressed concerns about a potential freeze.”

“Several felt such a law would have little to no effect on the prevalence of firearms-related crimes, believing those intending to use handguns for illicit activities would not be deterred by any new regulations,” the study said.

“We cannot continue to wait to protect people,” Surrey MP Randeep Sarai told reporters at this morning’s press conference. An odd comment, since Justin Trudeau’s Liberal government has utterly failed to stop gun smuggling from the United States or the drug dealer and gang violence that flows from it.

“Today, our national freeze on handguns is coming into force,” the prime minister said.  “From today forward, it is no longer legal to buy, sell, or transfer a handgun in Canada. We have frozen the market for handguns in this country.”

Mendicino Cares More About Drug Dealers than Your Family’s Safety

If Marco Mendicino actually cared about the safety of Canadians, he would plug the revolving door in our justice system that sees violent criminals arrested repeatedly for serious crimes – include violating Firearm Prohibition Orders – only to be released so they can commit more crimes.

This is a serious public safety issue we’ve raised regularly with this government, only to be ignored.

Neither Mendicino nor any of his Liberal predecessors have lifted a finger to stop this madness.

They don’t dare, because this Liberal government depends upon the ongoing violence committed by these criminals to keep uninformed voters scared. As we’ve learned, a terrified population will accept any measure, no matter how absurd, so long as it promises that most beloved of all unicorns, safety.

“If we take guns away from law-abiding Canadians, criminals will stop shooting up Canadian streets. We promise!”

In a land of Liberal unicorns and fairy dust, maybe, but not here on Planet Earth, where more government regulation didn’t prevent 1,791 convicted criminals from violating their existing Firearm Prohibition Orders in 2021.

The problem with Prime Minister Justin Trudeau’s handgun freeze is that it won’t freeze guns smuggled illegally into Canada from the U.S. which account for 85% of all handguns used for criminal purposes.

The Trudeau government knows this — it said as much in a 2018 discussion paper on gun violence, by the public safety ministry.

“The vast majority of owners of handguns and of other firearms in Canada lawfully abide by requirements, and most gun crimes are not committed with legally-owned firearms.”