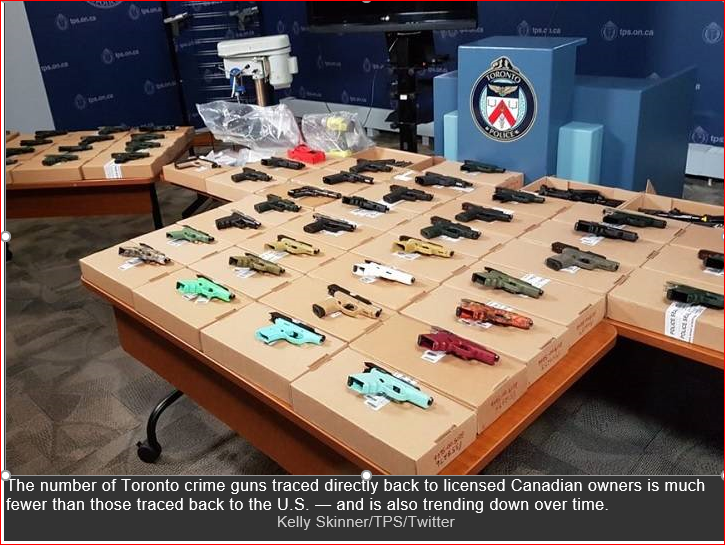 EXCERPT #1: Earlier this summer — a summer that has seen Toronto wracked by gun violence — a report came out that suggested lawful Canadian gun owners were to blame for at least some of the violence. The article was originally published by the Canadian Press, and was widely republished elsewhere, including at the CBC, the National Post, a dozen local newspapers, CTV News, and, yes, here at Global News. Since then, it has been widely cited in other news stories covering the issue, including in The Toronto Star and The Globe and Mail. The report was everywhere. Here’s the problem. Newly released stats show clearly that it was wrong.

EXCERPT #2: This CP article’s central claim has been at the centre of our gun control debate this summer, and has been cited as a secondary source … I don’t even know how many times. But the article’s central claim, of a surge in domestic crime guns, is bad. Inaccurate. Wrong. And that bad, inaccurate and wrong information is now at the core of an important and contentious public policy debate.