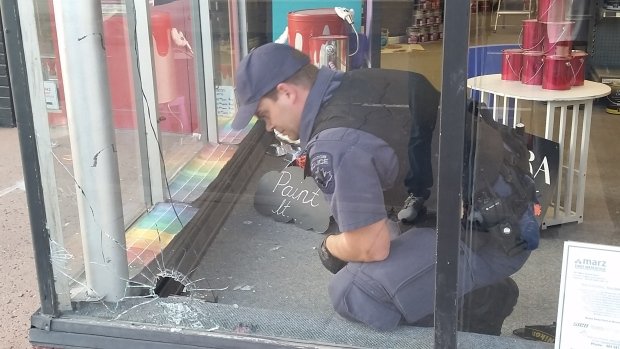 The mayor’s idea to ban guns?

City lawyers say existing provincial and federal laws leave “little room” for the city to strike its own ban without duplicating or conflicting with those laws.

Following an exchange of gunfire on Main Street on a Sunday afternoon in May, Mayor Fred Eisenberger said the event had shaken him. He asked city staff to look into whether the city could enact a complete ban on guns in the city. 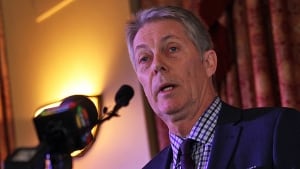 Mayor Fred Eisenberger asked in May for city staff to research what the city could do to ban guns. (Adam Carter/CBC)

“I can’t think of any reason anyone in our city would need a gun,” he said then. “We can’t stop idiots from being idiots. I want to know if we can stop them from having guns.”

But the city’s legal team says provincial and federal laws as written should already cover that, according to a report a city council committee will review Monday.

The feds already have jurisdiction over regulating firearms and ammunition. The province already prohibits selling guns to minors and regulates hunting.

And existing city bylaw prohibits firing a gun within city limits except for military, law enforcement, some hunting and shooting range purposes.

The lawyers suggest the city could update its bylaw to clarify the sanctioned hunting boundaries and to “clearly reinforce” the federal and provincial laws around firearms.

“For example, in regulating the discharge of firearms, the bylaw does not currently indicate explicitly that the hunting exemption does not apply to handguns and fully-automatic guns,” lawyer Lisa Pasternak wrote.

Handguns like the ones used in that Sunday shootout are already restricted for target practice at shooting ranges, or for some high-risk jobs.

Nearly three months after the shootout, police have not released any updates on the investigation, possible suspects or where the two men who shot at each other on May 17 might have been from. Police officials have invoked the event as an example of the kind of crime they need proactive policing tools like street checks to help solve, but haven’t said whether street checks in the area have led to any breakthroughs in this particular case.

In response to a string of violent events in the centre city, Ward 3 Coun. Matthew Green has also proposed a gun buyback program.

– The following article is from CBC News Calgary LINK

mayor Eisenberger admits you cant ban stupid, but cant seem to grasp that bans ARE stupid, they have no effect on criminal misuse of firearms. the current reverse-onus, criminalizing, gun owner licensing FEDERAL LAW is in fact, a ban on unlicensed gun possession, so a municipal duplicate BAN would result in only more endless nanny-state nagging that proves to unduly and arbitrarily restrict and harass ONLY those that took the time to jump through all the hoops and comply with all this myriad anti-gun law estuary. it is not unlike the sequel to dumb and dumber.

Thanks Phil: You always make more sense than any of our politicians.