Kingston Whig-Standard – Americans and their guns 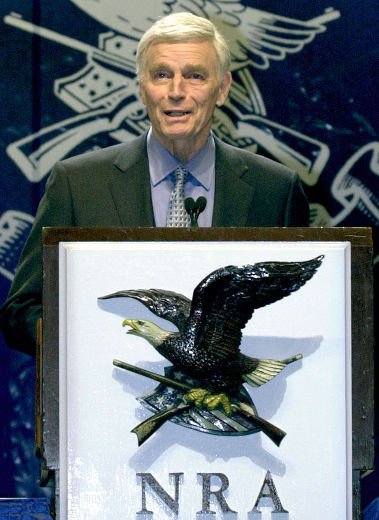 By Louis A. Delvoie, Fellow in the Centre for International and Defence Policy at Queen’s University.

Rarely does a week go by without some new report of a mass shooting in the United States. These stories are all painfully familiar and distressingly repetitious. Some deranged gunman launches a totally unprovoked attack against innocent people in a church, in a primary school, on a university campus or in a cinema. In other instances, the targets are government facilities such as courthouses or military recruitment centres. Whatever the setting, the subsequent investigation of the crime more often than not reveals that the gunman should never have been allowed to purchase or acquire a weapon by virtue of insanity or earlier criminal activity. That he was able to do so is largely attributable to the loose laws governing gun ownership in the United States.

After every one of these incidents, the cry goes up in some quarters in the United States calling for stricter controls on the sale and acquisition of guns. Sometimes these calls are endorsed by political leaders, most recently by President Barack Obama. Rarely, however, does any effective action follow. Attempts to introduce more stringent gun control laws in Congress are invariably stymied and fall by the wayside. Why? The simple fact is that most congressmen and senators are either scared stiff by the political clout of the National Rifle Association (NRA) or are in its debt for political contributions. And the NRA steadfastly rejects any attempt to place restrictions on the ownership of firearms.

The Second Amendment made perfect good sense in the context of the realities of the late 18th and early 19th centuries. The professional army of the United States was miniscule, numbering fewer than 3,000 troops during the presidency of Thomas Jefferson. And yet the United States faced very real threats to its security from the hostile British to the north and the hostile Spanish and Mexicans to the south. Under these circumstances, the United States was entirely dependent on “a well regulated Militia” made up of citizen soldiers to ensure its defence. The situation that exists today could not be more different. The United States now has the most modern and most powerful professional armed forces in the world, fully capable of defending the nation. The idea of employing an amateur militia for that purpose is laughable beyond belief in the modern world.

The truth is that the Second Amendment should long ago have been consigned to the dustbin of history. The constitution and its initial amendments were the product of time and place, not statements of eternal truths. Thus, the first article of the constitution holds that for the purpose of calculating the number of representatives to which a state was entitled, its population should be estimated excluding Indians and counting black slaves as three-fifths of a person. That provision remained on the books for nearly 80 years, but was finally abrogated between 1868 and 1870. The Second Amendment should have known the same fate.

The NRA not only uses this arcane constitutional article to justify the unfettered right of citizens to own guns, but it actually encourages them to do so. One of its more original arguments in the debate is that the best defence against a bad man with a gun is a good man with a gun. Thus, teachers are urged to take their guns into the classroom to defend themselves and their students, and pastors to take theirs into the pulpit to defend themselves and their congregations. It never seems to occur to the NRA and its supporters that the best way to deal with the problem is to ensure that bad men are not allowed to acquire guns in the first place. And that requires effective gun control laws.

It is unfortunate that the positions of the NRA are buttressed by a lot of American mythology and imagery. The story of the conquest of the West is full of it. Among the heroes of the story are marksmen such as Daniel Boone, Davy Crockett and Kit Carson. On cinema and television screens, the feats of lone gunmen bringing law and order to chaotic western towns are legion and legendary. One has only to think of the heroics of Wyatt Earp, Matt Dillon and the Lone Ranger to grasp the point and the appeal. And the whole thing is reinforced by modern imagery. The movie actor Charlton Heston (famous for playing Moses in the Ten Commandments) served as president of the NRA from 1998 until he resigned in 2003. In that capacity, in a speech at the 2000 NRA convention in Charlotte, N.C., he raised a rifle and proclaimed it could be taken away only “from my cold, dead hands.”

Such imagery and bravado appears to appeal to many Americans. To them, gun ownership is not only necessary but eminently desirable. For some, it is a way of affirming their virility, in much the same way as owning a muscle car or a Humvee does. For others, it is a way of proclaiming that they are true Americans, armed and unafraid. And these and similar sentiments are passed on from generation to generation, with young children being taken out to shooting ranges to learn how to use a gun.

There is thus no end in sight to the cycle of intended and accidental gun violence in the United States. Popular sentiments combined with NRA lobbyists and craven politicians will ensure that one of the world’s greatest countries will continue to be the scene of an endless string of tragedies.

Louis A. Delvoie is a Fellow in the Centre for International and Defence Policy at Queen’s University.

You can find the full article at thewhig.com