Firearms and Freedom-Related News for the week ending March 5, 2022 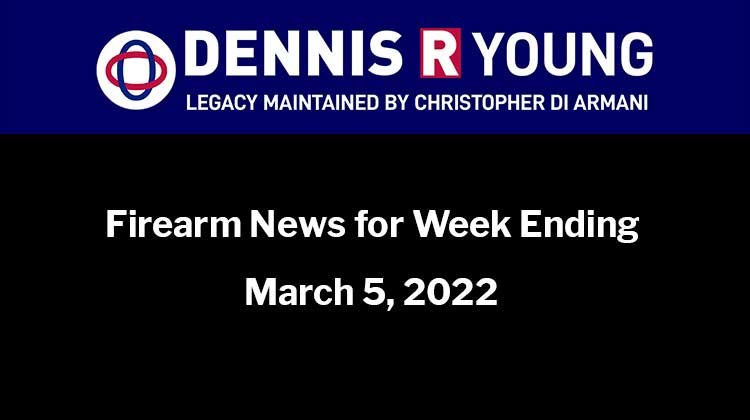 Ontario’s police watchdog has cleared a Toronto police officer of any wrongdoing in the shooting death of a Port Dover gunsmith during a firearms search at a Norfolk County residence last November.

The Special Investigation Unit’s (SIU) director said a claim was not reasonably established that the discharge of four rounds at complainant Rodger Kotanko, 70, constituted excessive force.

“In the result, as there are no reasonable grounds to believe that the force used by the SO (subject officer) was not legally justified, there is no basis for proceeding with criminal charges in this case against the officer,” SIU director Joseph Martino said in his report.

PRIORITIES: Canada’s Trudeau Will Spend Twice As Much Money Disarming the Law-Abiding As Fighting Violent Gangs

Oh, Canada. So starts the Canadian national anthem. It also sums up exasperation at some of the crazy policies of our neighbors to the north. Canadian Prime Minister Justin Trudeau plans to spend twice as much government money disarming law-abiding Canuck gun owners as he plans to spend fighting violent gangs.

It doesn’t take a degree in rocket surgery to see Mr. Trudeau’s priorities.

What will happen after Canada squanders twice as much taxpayer Loonies taking guns from the good guys as it spends identifying and incarcerating violent gang members?

He has armed security to keep him and his family safe and secure. Meanwhile, the little people in The Great White North will simply have to forgo the means with which to protect their families from violent crime and rogue moose.

The Federal Court has revised a timetable for key motions in a determined legal challenge of the Liberal ban on thousands of semi automatic rifles nearly two years ago.

The first appeal for the Federal Court to strike down the cabinet order that prohibited the rifles on May 1, 2020, came quickly, on May 21.

Over the past two months, Gagné accepted requests from applicants seeking a new timetable for the court action. The applicants also want an injunction, or court order, that would prevent the government from ending a special amnesty on May 1, 2020 — the day the guns were banned.

The amnesty was to protect firearm owners from prosecution while they take steps to deactivate rifles and weapons that had become prohibited under the order-in-council that cabinet passed to ban the rifles.

While the cabinet invoked the amnesty, it set April 30, 2022, as its expiry date.

The amnesty worries the head of the Canadian Shooting Sports Association.

“The federal government hasn’t announced any plan to accept and process any firearms prohibited in the May 1, 2020, order-in-council,” Tony Bernardo told iPolitics.