Firearms and Freedom-Related News for the week ending March 12, 2022 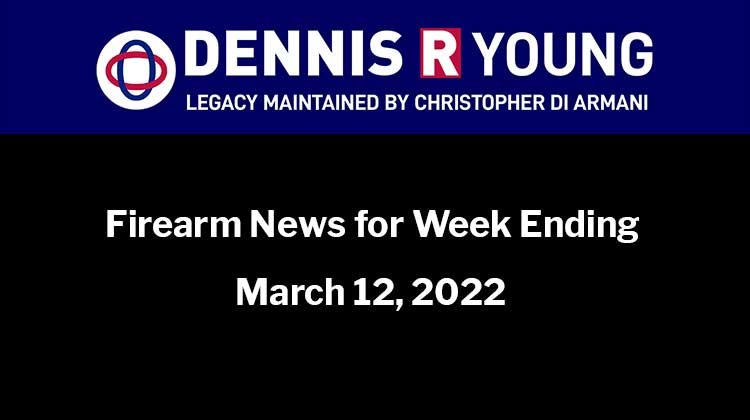 Family members of a man who was shot and killed by Toronto police in Simcoe last November are speaking out about a decision released by the province’s Special Investigations Unit last week.

On Thursday, the SIU said there were no reasonable grounds to believe the officer who shot 70-year-old gunsmith Rodger Kotanko committed a criminal offence. The decision went on to say the officer acted to protect himself and his fellow officers.

Kotanko was shot and killed when police executed a search warrant at his workshop.

“It is outrageous and unthinkable that police officers who targeted and took down Rodger, can call it a day and simply walk away,” said Suzanne Kantor, one of Kotanko’s siblings, in a news release. “The Rodger we knew was a calm and gentle man. The SIU version of events just doesn’t add up.”

“The SIU report into Rodger’s fatal shooting is not the whole story,” said Michael Smitiuch, the lawyer representing the Kotanko family, in the release. “The reality is that police created a situation in which Rodger Kotanko did not stand a chance.”

Kotanko’s family has filed a civil suit, looking for $23 million in damages from the Toronto Police Services Board, five officers – including the one who shot Kotanko, as well as Insp. Norman Proctor and Toronto police Chief James Ramer.

With the world’s attention focussed on Russian President Vladimir Putin’s unprovoked invasion of Ukraine, it’s understandable gun crime in Toronto isn’t top of mind for most people. But it should be because gun violence in Toronto has skyrocketed since Jan 1.

Toronto Police say the ages of shooters and victims in gun crime are getting younger and shootings are becoming more violent.

Ottawa’s interim police chief Steve Bell promised to rebuild the community’s trust in the municipal force following the protest that filled the capital’s streets with honking, diesel fumes and roadblocks for more than three weeks.

Ottawa police faced widespread criticism for failing to remove the protesters or enforce city bylaws, and allowing the streets of downtown to succumb to what many officials described as a state of lawlessness.

“This past month, the people of Ottawa have faced immense disruptions, fear, and uncertainty due to the illegal protests in our city,” Bell said in a written statement. “It is natural that questions are asked about the direction of the Ottawa Police, and it is important that we respond to those questions directly.”