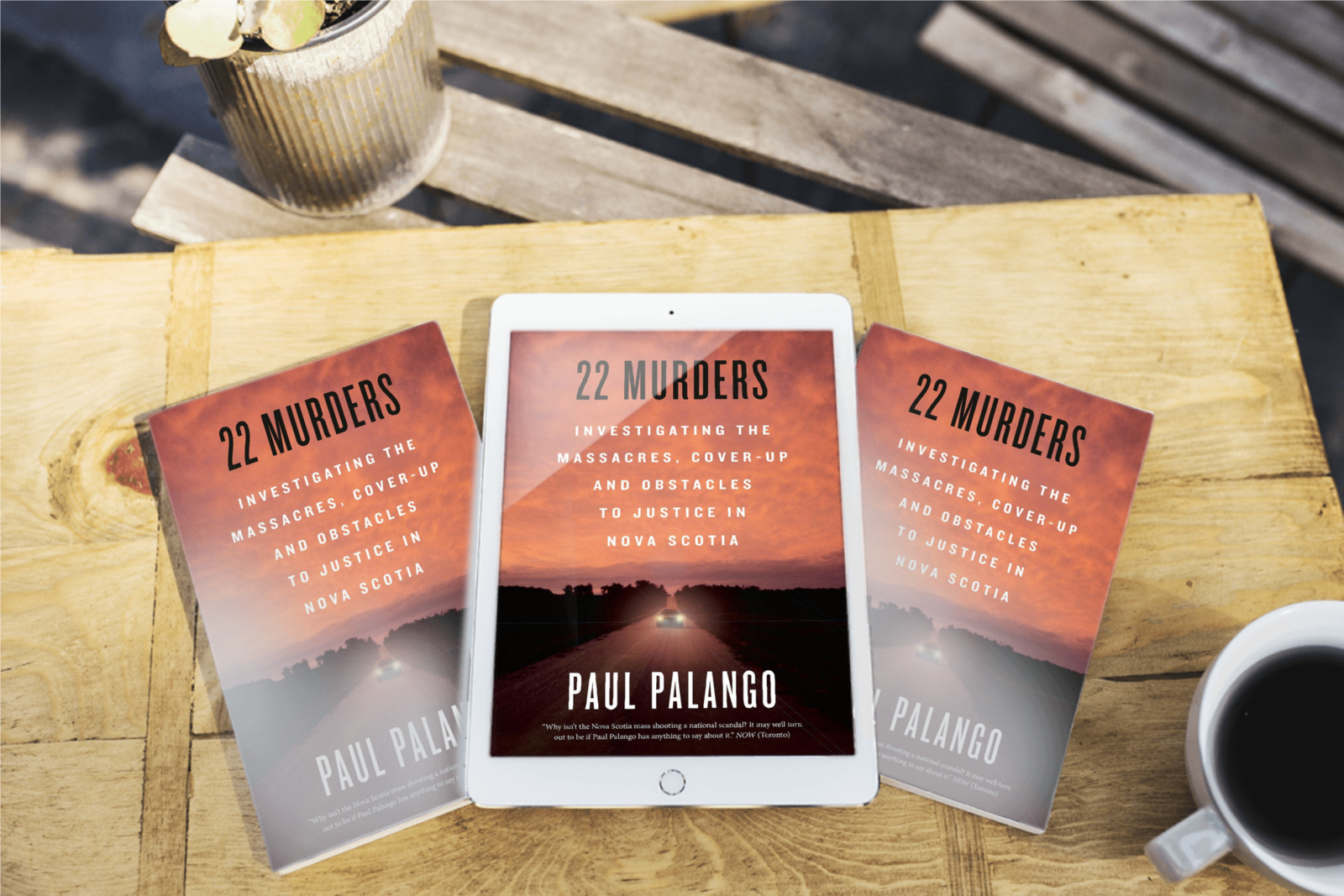 From the morning he first heard about the Nova Scotia murders just down the road from his home, investigative reporter Paul Palango knew the RCMP had screwed up badly.

Billed as “A shocking exposé of the deadliest killing spree in Canadian history, and how police tragically failed its victims and survivors,” Paul Palango’s book on the Nova Scotia mass murder spree will undoubtedly piss off the RCMP.

In a series of articles beginning shortly after news became public, Paul Palango consistently broke every major headline for this story, including the 911 call recordings that proved the RCMP lied to us.

The three 911 calls clearly show the RCMP knew the killer’s name and occupation, that he was driving an RCMP cruiser and wearing an RCMP uniform – all information the RCMP claimed they didn’t learn until the following morning when the killer’s girlfriend supposedly crawled out of the woods.

Those 911 calls and their transcripts, published by Frank Magazine on June 2, 2021, sparked outrage from the head of the RCMP in Nova Scotia, Asst. Commissioner Lee Bergerman.

Rather than deal head-on with the fact the RCMP lied to Canadians, Asst. Commissioner Bergerman opted for a game of ‘Shoot the Messenger’ instead.

Palango’s response to Bergerman and other critics is pure gold.

My role as a journalist is to act as a disinterested investigator whose duty it is to uncover the truth and show no fear or favouritism to anyone. Like a pathologist, I am a friend of the dead. As Joseph Pulitizer once put it: “Newspapers should have no friends.”

I am not here to be liked. I am not in it for the money, although some uninformed critics have wrongly accused me of being so. I am here to be the agent of the story and to do what it dictates that I must do.

The book will be released on April 5, 2022 – two weeks before the anniversary of the Nova Scotia tragedy.

You can buy the book on pre-order right now and it will be delivered to you then. 22 MURDERS is already the #1 Best Seller in Law Enforcement on Amazon Canada. With your help we can make it a best seller across all of Amazon! 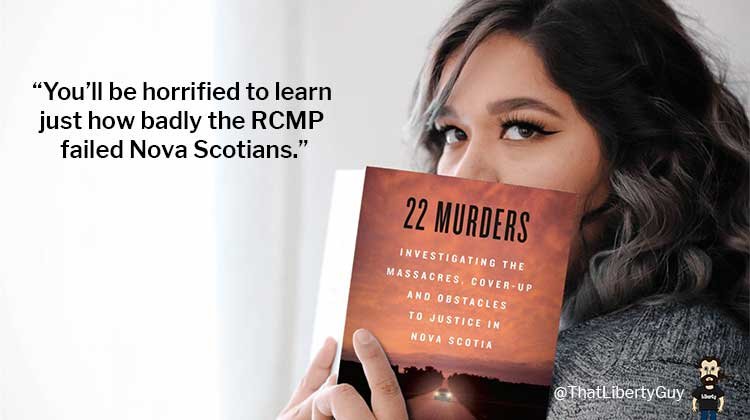