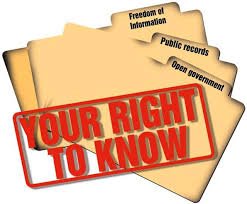 CHARTER RIGHTS VIOLATIONS BY RCMP IN HIGH RIVER STILL HIDDEN FROM THE PUBLIC, ALBERTA LEGISLATURE & PARLIAMENT – Trust in the RCMP cannot be rebuilt by covering up the truth! By Dennis R. Young – October 22, 2018

Can section 337 of the Criminal Code be used against the Government officials for failing or refusing to do as the law directs them to do??

Thanks John: The government uses sections of the Freedom of Information Act to withhold records. The only recourse is to file a complaint with the Alberta Information Commissioner. Dennis

The fact a federal police force has the power to do the things that have transgressed is very disconcerting to say the least. So any bets on the next level of denial of freedoms?

Thanks your comment RCEME. It seems like the RCMP learned their lesson in High River as they never kicked in doors and searched homes without warrants during the evacuation of Fort McMurray during the wildfire. In fact, Public Safety Minister Goodale and Premier Notley made comments during that evacuation that the RCMP would not be entering homes. Dennis