VIDEO – CAN YOU TRUST ANYTHING LIBERALS SAY ABOUT GUNS? 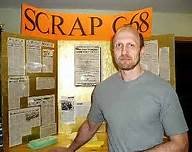 Click on this link to open video: VIDEO BruceMontague.ca_HiddenAgendaRevealed

Special thanks to Bruce Montague for his fight for our rights and freedoms and for archiving this video clip www.brucemontague.ca

CBC – BRUCE MONTAGUE FIREARMS CASE WON’T BE HEARD BY SUPREME COURT OF CANADA – A northwestern Ontario man has lost his bid to have Canada’s highest court hear his appeal over the forfeiture of hundreds of firearms he once owned. Montague claimed gun seizure sought by Crown amounted to cruel and unusual punishment under the Charter. The Canadian Press – November 21, 2014 http://www.cbc.ca/news/canada/thunder-bay/bruce-montague-firearms-case-won-t-be-heard-by-supreme-court-of-canada-1.2844859