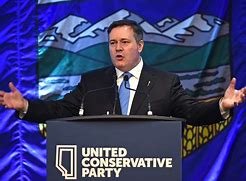 VIDEO: JASON KENNEY ON HIGH RIVER FORCED ENTRIES, PROPERTY RIGHTS & GUNS – “Outrageous violation of property rights and personal privacy,” Jason Kenney, October 2017 – Despite several follow-up requests since Jason was elected leader of the United Conservative Party and his by-election victory in Calgary Lougheed, I’m still waiting to be invited to the meeting Jason promised. NOTE:  I would like to especially thank Todd Brown, Executive Director, Firearms Institute for Rational Education for asking Jason this important question and for providing the video with Jason’s response.

I no the Mounted Police had no legal Right to break into peoples homes and take fire arms and ammo in High River Alberta Canada. This was a flood and they should of been thinking of peoples lifes. It is high time they give gun owners in Alberta a resopnse to why they did this.