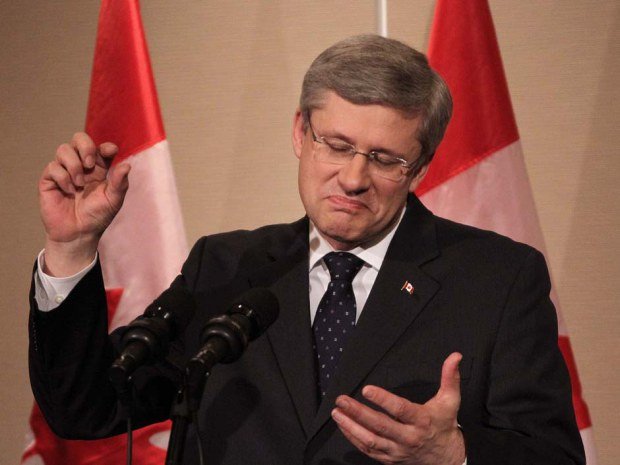 One of the most surprising things to emerge during the research for the National Post’s in-depth profile of Stephen Harper is that — without fail —friend and foe alike said the staid Conservative leader has a unique penchant for comedy. And to prove it, they handed over an impressive catalogue of jokes told by our normally staid, humourless Prime Minister. What follows are self-deprecating quips, old standards, partisan jabs and some pretty cringe worthy monologues—which might explain why we don’t see much of this in public anymore.

“At Rockcliffe Park elementary school, my kid’s teachers made a point of telling me on the first day, “you know, Mr. Harper, here we don’t allow children to play with toy guns.” Well, of course not. As I said to my wife later, ‘what kind of sissy kid would carry a toy?’” — From Harper’s 2003 speech to the Parliamentary Press Gallery Dinner. CLICK ON THE TEXT TO READ SOME MORE VERY FUNNY STUFF