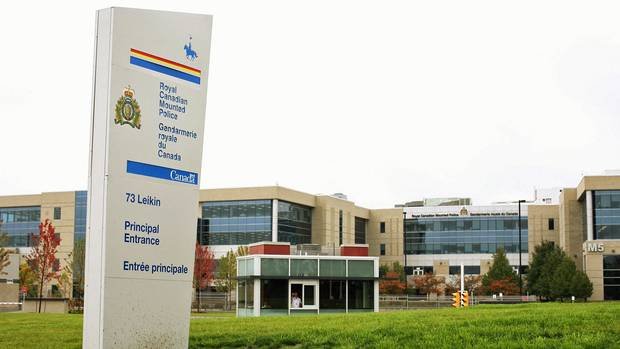 It’s one thing for the RCMP to refuse to send all the records I have requested, under the authority of the Access to Information Act (ATIP), regarding the RCMP’s illegal searches of 4,666 High River homes following the 2013 flood; however, it’s quite another thing to exempt ALL the records I requested in their entirety. I couldn’t believe it the first time it happened but now that I have received three responses in a row from the RCMP saying I was being denied copies of ALL the records I requested.  It appears that a blanket cover-up is now underway on the High River Forced Entries, Unwarranted Searches and Seizures file.

Here are the three High River ATIP files that have be exempted in their entirety in the last five weeks.  Please note the hyperlinks in the titles below take you directly to my letters of complaint filed with the federal Information Commissioner and supporting documentation.

ATIP FILE #1: Exempted Entirely 2,458 pages of RCMP Officers Notes of Firearms Seizures
My Access Request – September 11, 2013:Please find attached the RCMP Constable’s notes documenting the firearms seizure from 630 Hampton Place in High River, Alberta on June 24, 2013.  For the period from June 20, 2013 to present, please provide copies all notes taken by officers “securing”  firearms and other valuables from homes in High River, Alberta during the flood.

My Access Request – August 19, 2014:  Reference is being made to the attached e-mail exchange on June 25, 2013 between Bill Sweeney, Assistant Deputy Minister/Director of Law Enforcement, Public Security Division of Alberta Justice and Solicitor General and Marianne Ryan, Assistant Commissioner, Office in Charge “K” Division Criminal Operations regarding the “legal authorities” the RCMP were using for their forced entry into hundreds homes in High River, Alberta. Please provide (1) A copy of the “legal authorities” . . . “paper from Crown counsel” referred to in the attached e-mail by Marianne Ryan that was prepared “to give out to our folks speaking to the media for their reference and confidence in speaking to this issue to the public”; (2) Copies of the materials provided to RCMP officers speaking to the media regarding the legal authorities for the forced entries and firearms seizures in High  River; and,  (3) Copies of all the follow-up communications responding to Bill Sweeney’s question: “What legal authority do the police rely upon to forcibly enter private property in the flood stricken area?”

My Access Request – December 1, 2014: Rumors persist in High River that some of the 273 RCMP officers deployed in High River during the flood of 2013 have ripped pages out of their notebooks with the handwritten notes they took during their duties in High River. Please provide copies of all records, reports, e-mails, correspondence, communications, documentation, audits and instructions, concerning the notes and notebooks of RCMP officers who worked in High River, Alberta between June 20, 2013 and July 13, 2013.  If records confirm that RCMP officer’s notes were in fact removed from their notebooks then it is important that the response to this request also include all records, regarding the disposition of these handwritten notes (i.e. were these notes destroyed, archived in High River files, provided to the Commission for Public Complaints Against the RCMP or were they put to some other use?)

RCMP Response – May 22, 2015 (6 months late): “Please be advised that a review of the records located reveals that all of the information you have requested qualifies for exemption pursuant to Section 16(1)(a)(ii) of the Act,” 16. (1) “The head of a government institution may refuse to disclose any record requested under this Act that contains (a) information obtained or prepared by any government institution, or part of any government institution, that is an investigative body specified in the regulations in the course of lawful investigations pertaining to (i) the detection, prevention or suppression of crime, (ii) the enforcement of any law of Canada or a province,…”

COMMENT:  We were all told that High River was a search and rescue mission – not an “enforcement” operation!

My ATIP request 082 – June 19, 2014 – All Camera Footage Taken in High River
Reference is being made to this URL immediately below which is a copy of the RCMP video released to the media during the High River Flood, Forced Entries and Firearms Seizures in June of 2013

For the period from June 20, 2013 to July 10, 2013, please provide a copy of all camera footage taken in High River (stills photographs, cell-phone pictures, film, video and accompanying sound recordings and transcripts) in the possession of the RCMP, including a complete copy of the above mentioned video that includes all the edited out sections.
Status of this ATIP request RCMP FILE: A-2014-04555

On September 5, 2013 at the Town Hall Meeting in High River, Alberta  S/Sgt. Ian Shardlow, the NCO in charge of the High River Detachment stated:  “We started to collect the information, we basically solicited people to come forward with the complaints and the numbers are correct it’s around 19 hundred, I’m going to suggest it will probably stop before two thousand.”
Please provide copies of each and every complaint that S/Sgt. Ian Shardlow was referring to in the above statement and copies of any and all reports prepared as a result of these 1,900+ complaints.
Status of this ATIP request RCMP FILE: A-2014-08266
March 10, 2015 – RCMP assessed processing fees of $3,150
March 25, 2015 – Complaint filed about exorbitant cost estimate

Reference is being made to the RCMP response to Access to Information Act File A-2013-04535 / F141 wherein the requestor asked 12 questions and the RCMP provided the answers.

Reference is also being made to an event that occurred in July of 2013 (eight months after all copies of the long-gun registry were supposed to be destroyed as ordered by an Act of Parliament) Don White went to the RCMP detachment in High River, Alberta to pick up his eleven trigger-locked long guns, the RCMP officer informed Don that that two of his long-guns weren’t registered. Don advised the officer, “That’s right, the two new shotguns we just bought!”  How did the RCMP officer in High River know that two of Don White’s long-guns weren’t registered?

Reference is being made to: RCMP AUDIT OF THE DESTRUCTION OF ELECTRONIC RECORDS PERTAINING TO THE TRANSITIONAL PROVISIONS IN THE ENDING THE LONG-GUN REGISTRY ACT FINAL REPORT: JANUARY 2013  EXCERPT: The steps detail the work involved in destroying all records, both electronic and hard copy, from the RCMP/CFP information stores, except those records related to public agencies and individuals and businesses residing in Quebec, which will be retained.

For the period from April 1, 2012 to present, please provide copies of all records, directives, updated standing orders, e-mails, and correspondence sent to RCMP Detachments with respect to the retention, destruction and use of copies of long-gun registry records held in the Detachments.

Reference is being made to the 155-pages received in response to RCMP File A-2014-01213that I received on May 30, 2015 and to the following transcribed quotes taken from the handwritten notes:
PDF page 85 – “STO c/o EOC – Cpl Racette advising members to arrest all found ins.”
PDF PAGE 96 – “Q) What doing about found-ins that sneak in? Are they being arrested? Yes”
PDF PAGE 122 –  “Task #24 – Clarify message out to membership about arresting found-ins”

After two years of investigating the actions of the RCMP, Department of National Defence, Alberta Ministry’s of Justice and Municipal Affairs, it would appear that there is a concerted effort on behalf of officials in both levels of government to keep the truth well under wraps – I hope not.  Let’s all hope, for the sake of communities who may face a State of Local Emergency in the future, that it is just a lack of awareness of the seriousness of these Charter rights violations on behalf of our political leaders in Ottawa and in Edmonton.

It’s time for a real political leader to take charge of the High River investigation.  Time for Alberta’s new Premier to find out why things went so terribly wrong in High River but not in any of the other 30 Alberta flooded communities. And, if not Premier Notley then Brian Jean, the Leader of the Official Opposition.  Time to find out what role Alberta government officials played in making these mistakes.  Time to get answers to all the unanswered questions.  Time to rebuild trust among High River residents.  It’s been almost two years and the whole truth has still not been told.  Maybe it’s time to ask those in that were in charge of the High River mess some very direct questions under oath.

How can I respect an agency that is controlled by their own rules and not by rules made by our elected representatives. As a child I always respected RCMP but due to actions of the last few years it has definitely changed.