Firearms and Freedom-Related News for the week ending July 2, 2022 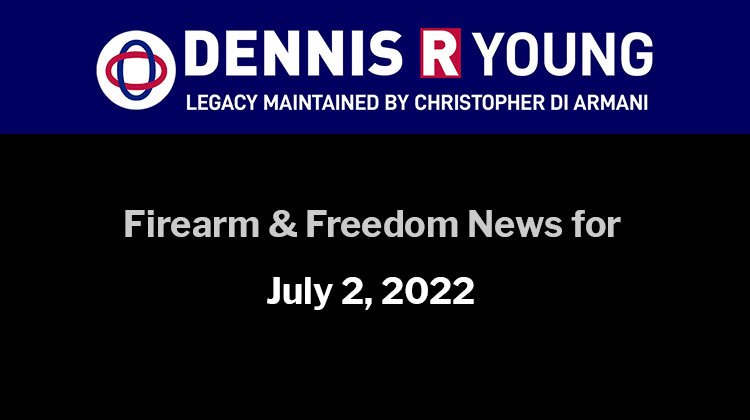 A 15-year-old boy faces charges including first-degree murder after an investigation into the death of a teenager whose body was found early Wednesday morning in Regina.

Police officers were called to the 1200 block of Rae Street at about 2:20 a.m. CST Wednesday, where they found a 14-year-old boy dead in the alleyway and an injured 32-year-old woman. The woman was taken to the hospital.

“Continued investigation led to the arrest of a male youth, who is now facing several charges in connection with the homicide,” said a Regina Police Service news release.

The 15-year-old — who cannot be named under the Youth Criminal Justice Act — has been charged with First-degree murder, Assault with a weapon, discharging a firearm in a reckless manner and

Two counts of possession of a firearm or ammunition contrary to a prohibition order.

He made his first court appearance in youth court at 2 p.m. CST on Thursday.

Two men died and a further three were injured at a bar in Oshawa early Saturday morning, police say.

In a press release, Durham Regional Police said the incident took place at The BLVD, a restaurant and bar located on Simcoe Street North in Oshawa, at around 12:45 a.m.

There were reports of shots fired and officers arrived to find a total of five men with gunshot wounds, police said.

One man was pronounced dead at hospital while the second later died of his injuries. Police said the remaining three men were taken to hospital with non-life-threatening injuries and were later released.

Durham police have not released details of the events leading up to the fatal shooting or a description of any suspects.

“Police are speaking with witnesses and will provide a suspect description when one becomes available,” the press release said.

The force’s homicide unit is leading the investigation and has appealed for witnesses and those with video footage to come forward.