Firearms and Freedom-Related News for the week ending June 25, 2022 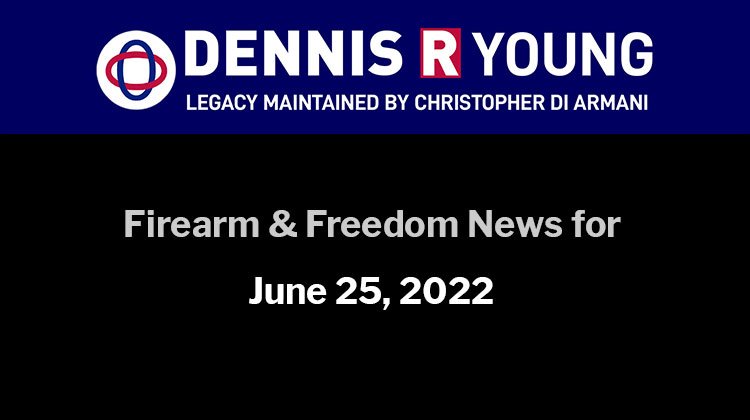 Bombshell allegations of political interference into the criminal investigation of the Nova Scotia mass murders were published by the Halifax Examiner on Tuesday.

The resulting explosion forced Bill Blair to defend himself and the Prime Minister from this latest scandal while Justin Trudeau, after testing positive for COVID-19 just a week ago, flew off to an in-person meeting of Commonwealth nations in Kigali, Rwanda.

Handwritten notes by Nova Scotia RCMP Supt. Darren Campbell – the “facts and I stand by them” – were released by the Mass Casualty Commission.

Supt. Campbell’s notes quote RCMP Commissioner Brenda Lucki saying she “promised” Bill Blair and Justin Trudeau she would release the makes and models of all guns used by the Nova Scotia mass murderer to advance “pending gun control legislation that would make officers and the public safer.”

If Justin Trudeau, Bill Blair or Brenda Lucki had a shred of integrity amongst them, all three would resign immediately.

That’s the trouble with calling for the resignations of people who don’t comprehend the word “integrity” – let alone possess the character trait it embodies. They do not possess the ability to feel shame nor do they possess the self-awareness to behave honourably.

In fact, they blame everyone but themselves for the political firestorm that now threatens to burn this Liberal government to the ground.

But they face one monumental hurdle in their desperate attempts to control the narrative: Nova Scotia RCMP Supt. Darren Campbell’s handwritten and on-the-record notes before the Mass Casualty Commission.

Update:  Moose remain more deadly than PAL holders. After an exchange of emails with RangeBob, who is exceptionally perceptive, I expanded the calculations to show that, per capita, PAL holders are indeed less deadly than moose.

According to the government of Canada’s website, the bill will “ensure that major digital platforms fairly compensate news publishers for their content and enhance fairness in the Canadian digital news marketplace, including the sustainability of independent local news businesses.”

“Tech giants like Meta and Google are making a lot of investments in Canada. You know what, we love that… but at the same time, they continue to profit from the sharing and distribution of Canadian news content without really having to pay for it.”

The Liberal legislation is not without precedent. Last year, Facebook blocked Australian users from sharing or viewing news content on the platform, causing much alarm over public access to key information, according to the BBC.

The blocking came in response to a law that would make Big Tech companies pay for news content.