Firearms and Freedom-Related News for the week ending June 18, 2022 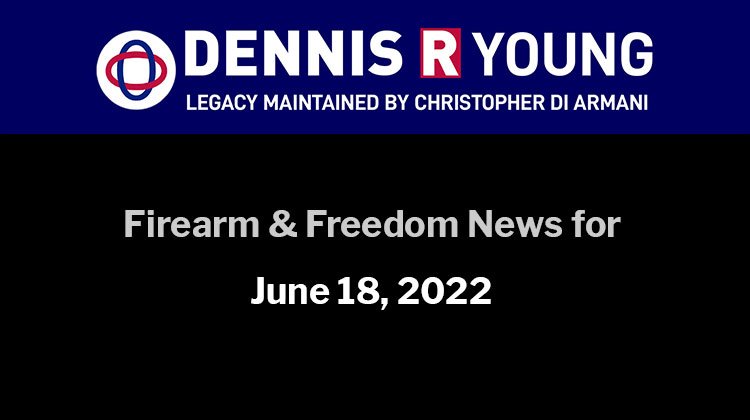 When it comes to stopping gun violence, it’s all about the border

Public Safety Minister Marco Mendicino spent much of the past week on the road, promoting his government’s new gun control bill to Canadians just as Canadians witnessed another wave of mass shootings south of the border.

But for all the attention being paid to proposed measures that would freeze handgun ownership in this country, ban the sale of long-gun magazines that hold more than five rounds and implement a mandatory buyback of assault-style weapons, there’s growing concern that the Canada-U.S. border is no barrier to gangs smuggling guns into this country.

Mendicino told CBC’s The House in an interview airing this weekend that he’s aware of the concerns.

He said his department is working to give law enforcement the tools they need to counter increasingly sophisticated smugglers who use high-speed boats, hidden compartments in trucks, drones and even helicopters to supply a lucrative market for illegal weapons in this country.

Don Martin: The fall of Justin Trudeau has begun

The Justin Trudeau brand is in trouble.

The 2015 fresh prince of politics with the celebrity hair and rock star aura is heading into a 2022 summer of inflation-driven Canadian discontent as a faded force of personality in need of an exit strategy.

You know there’s a reputation hit happening when Trudeau becomes the unnamed star of a children’s book “How the Prime Minister Stole Freedom,” a satire about his handling of the Freedom Convoy and vaccination mandates, which now sits atop the Amazon Canada bestseller list.

The Trudeau government is pushing two new laws which will jeopardize how Canadians use the internet. Thread: 🧵

First: Bill C-11 will restrict your ability to view the work of “foreign” creators by bringing “Canadian content” laws to your social media feeds.

This means that content from your favourite social media accounts outside of Canada will be suppressed. If you have family in other countries, that means news impacting your family could be hidden from you.

But if you’re a content creator, that means your content will risk getting suppressed if you can’t prove to the government that it’s “Canadian” enough.

Second: Bill C-18 will empower the government to decide which journalists succeed and fail on social media by giving extra money to “eligible news businesses.”

But here’s the catch: The government gets to decide what is and is not a “news business.”

This gives the government the power to reward the journalists they like and punish those they do not like.

This is a very serious attack on our internet freedoms by Trudeau and every Canadian needs to speak up before it’s too late.