Firearms and Freedom-Related News for the week ending June 11, 2022 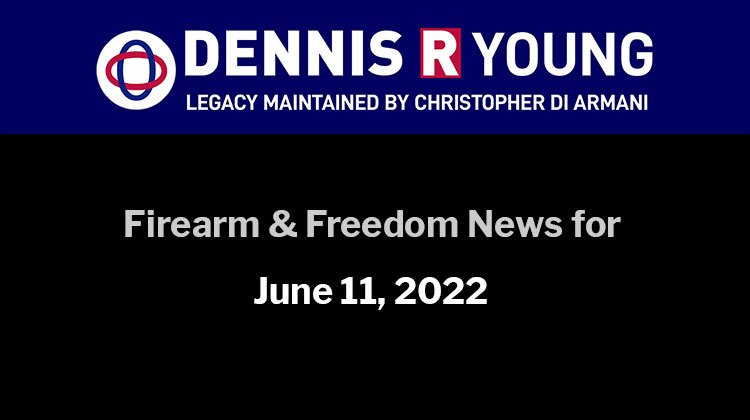 What is Bill C-21? A look at the proposed firearm legislation and its implications

Evan Bray, chief of the Regina Police Service and co-chair of the Canadian Association of Chiefs of Police’s firearms committee, told CTVNews.ca on Thursday that the association supports a national approach to any firearm, as opposed to one that leaves it up to provinces or municipalities to figure out.

But while he sees positive aspects to Bill C-21 — such as new firearm offences, stronger border controls and penalties for smuggling, and prohibiting the sale of certain replica firearms — others, while well intentioned, may be missing the mark.

“The majority of the problems we’re having with firearms are people who are using them for a criminal purpose and most times are not lawful and law-abiding handgun owners or firearm owners,” he said.

WHAT DO GUN RIGHTS GROUPS SAY?

He called the bill a “knee-jerk reaction” to the problems in the United States, calling proposed legislation “spin and talking points.”

“Laws affect the lawful, it’s that simple,” he said.

YOU SAID IT: Ban all firearms

Another day and yet another mass shooting in the United States. As per usual, we are going to hear meaningless and ineffectual platitudes from American politicians and sadly nothing will be done.

For as long as Americans love their guns more than they love their children, this senseless and tragic carnage will simply repeat itself. This does not happen all over the world. In essence, it only happens in the United States of America, the only country in the world that has more guns than people.

Half measures and meaningless rhetoric are not the answer. Why does anyone need a gun? We don’t even need hunters with guns. Who needs to shoot defenceless animals?

Ban all firearms completely. It may take 10 years, it may take 50 years, to rid the entire country of these weapons of mass destruction, but surely the time and effort would be worth it. Just ask the Uvalde parents who lost their children in a senseless and horrific shooting.