Firearms and Freedom-Related News for the week ending May 28, 2022 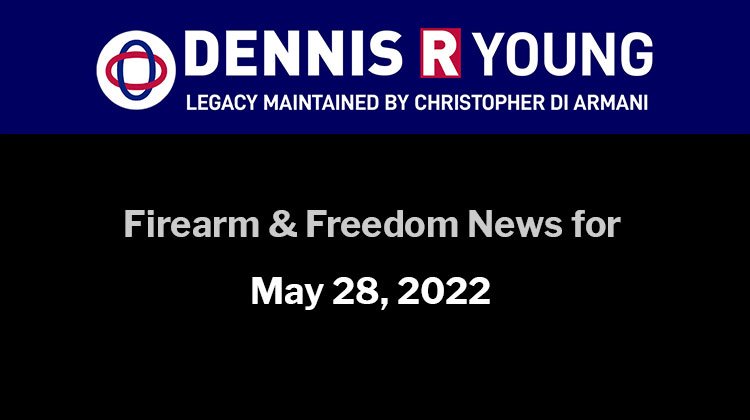 The 27-year-old man who was shot dead by Toronto police this week amid a school-lockdown panic was carrying a fake rifle, an Ontario civilian oversight agency has revealed.

“It was actually a pellet gun,” said Kristy Denette, a spokesperson for Ontario’s Special Investigations Unit, which investigates all police-involved shootings in the province.

Bystanders called 911 Thursday afternoon to report that there was a gunman wandering Scarborough’s streets near several schools. School officials told hundreds of schoolchildren in nearby schools to hide under their desks, in some cases for about two hours.

The SIU said it has identified the man, but that it does not have the family’s consent to identify him publicly. An autopsy is scheduled for the weekend.

In the wake of a horrific mass shooting at an elementary school in Texas, Prime Minister Justin Trudeau has signalled that the Canadian government will be moving ahead on new gun-control measures “in the coming weeks.”

In previous Parliaments, the Liberals have made changes to Canada’s gun laws, including strengthening background check requirements and banning more than 1,500 models and variants of “assault-style” firearms. And, while some elements of their plans have still yet to come to fruition—including their proposed mandatory gun buyback program—in the 2021 federal election, Trudeau promised to go further.

As part of his mandate, and stemming from Liberal campaign promises, Public Safety Minister Marco Mendicino has been tasked with moving forward on a series of gun-control measures, including the recent announcement of regulations around firearm licence verifications and business record keeping.

Approaching seven years after the tragic events took place, the dates for an inquest into the deaths of Carol Culleton, Anastasia Kuzyk and Nathalie Warmerdam were announced last Friday (May 20th) by Dr. David Cameron, Regional Supervising Coroner for Inquests.

The inquiry will examine the circumstances surrounding their deaths, and the jury may make recommendations aimed at preventing further deaths.

The inquest is expected to last 15 days and hear from nearly 30 witnesses.

Proceedings will begin at 10:30AM Monday June 6th at the Best Western Pembroke Inn and Conference Centre, 1 International Dr., Pembroke.

Leslie Reaume will be the presiding officer and Prabhu Rajan and Christine McGoey will be inquest counsels.

Members of the public who wish to view the proceedings can do so live by registering in advance at the following link:

After registering, you will receive a confirmation email containing information about joining the inquest virtually.