Firearms and Freedom-Related News for the week ending April 16, 2022 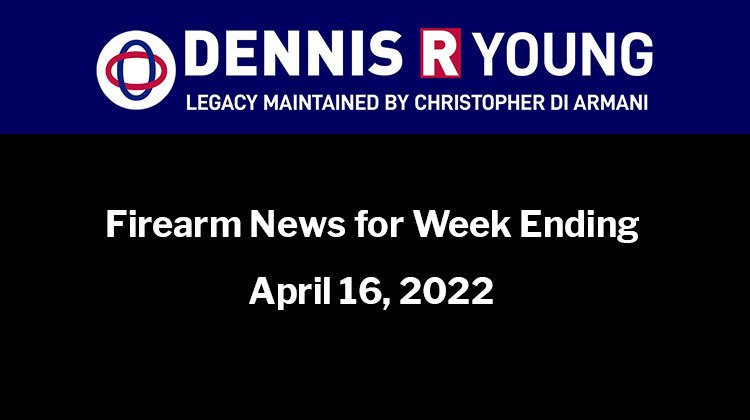 Teri-Jane Bryant wrote to the federal public safety minister saying there’s no evidence to justify the order to ban close to 1,500 firearms.

Alberta’s chief firearms officer has written a letter to the federal government calling on them to cancel a ban on “military-style” firearms as well as an extension to an amnesty program allowing for owners to keep such guns.

Teri Jane Bryant wrote the letter to federal Public Safety Minister Marco Mendicino earlier this week saying no evidence has been provided to justify the order to ban close to 1,500 models of firearms in Canada.

“As Alberta’s chief firearms officer, I am firmly committed to making data-driven decisions focused on public safety. It is alarming that no evidence has been adduced to justify the arbitrary selection of the firearms on the list,” wrote Bryant. “Prohibiting specific types of firearms is an approach that has proven ineffective in improving public safety.”

Prime Minister Justin Trudeau’s government announced it would introduce the ban in 2020, saying this would allow municipalities to ban 1,500 kinds of firearms. The government later adjusted to focus on working with provinces on the matter. The ban did not make it through Parliament before last year’s election but the Liberals have promised to move forward with similar promises.

Alberta’s government has repeatedly stated it opposes the ban.

Bryant said the federal government should focus on other measures to ensure Canadians’ safety, such as diligently prosecuting criminals and those who provide them with firearms.

“It is these scofflaws that are driving both rural crime and the alarming violence in our major cities. When properly administered, the Canadian Firearms Program already ensures careful screening of law-abiding firearms owners, regardless of the type of firearms they wish to acquire,” wrote Bryant.

Bryant has asked the federal government to extend an amnesty period, currently scheduled to end in 2023, allowing licensed owners to continue to hold onto their weapons before a mandatory buyback program is put into place.