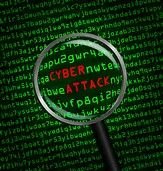 RCMP’s ONLINE DATABASES WERE PROBED AND/OR ATTACKED THOUSANDS OF TIMES PER DAY – NO EVIDENCE OF A SPECIFIC DATABASE BEING TARGETED – Office of the Information Commissioner rules my complaint as ‘not well-founded’ supporting RCMP April 2017 ATIP response claiming that these three major databases (CPIC, CFRO and CFIS) only had two ‘Clickjacking’ incidents. See Report of Investigation by the Office of the Information Commissioner dated November 1, 2019 and my original complaint letter dated May 13, 2017

PORT OF VANCOUVER: 'NO RECORDS EXIST' OF ILLEGAL SHIPMENTS OR THEFT OF FIREARMS