RCMP ‘UNABLE TO LOCATE RECORDS’ OF FIREARMS ‘USED’ IN CRIME 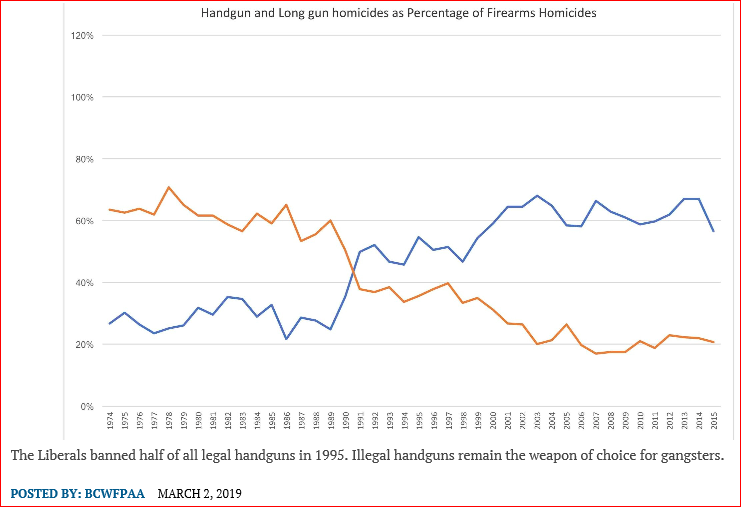 JUNE 29, 2018 – WORDING OF MY ATIP REQUEST: “The Library of Parliament Research Branch examined two different reports published by Statistics Canada on violent crime in 1999.  They determined that the “Presence of a Firearm in Violent Incidents” was 4.1%, but the “Use of a Firearm in Violent Incidents” was only 1.4% – almost three times lower than the figure reported by Statistics Canada and accepted and repeated by the media without any explanation or clarification.   On July 21, 1997, the J.P.R. Murray, Commissioner of the RCMP wrote the Deputy Minister of Justice to complain about the department’s misrepresentation of RCMP statistics.  The Commissioner set the record straight: “Furthermore, the RCMP investigated 88,162 actual violent crimes during 1993, where only 73 of these offences, or 0.08%, involved the use of firearms.”  Copy of this letter attached for easy reference.

MARCH 12, 2019 – RCMP RESPONSE: “Based on the information provided, a search for records was conducted in the Contract and Indigenous Policing (C&IP) directorate.  Unfortunately, we were unable to locate records which respond to your request.”

I believe it to be unconscionable that the RCMP has no records on most things having to do with firearm usage in crime or the prohibition sim posed by the courts.
I think a closser look at country’s which have had prohibitions for some time would be of value like Jamaica, England etc. and the astounding rise of “knife” crimes the inception of the bans.