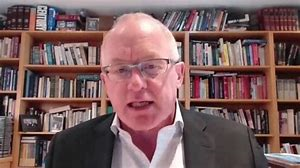 EXCERPT: For instance, last year Public Safety Minister Ralph Goodale claimed there were more than 1,200 break-ins a year in Canada in which guns were stolen. He credited StatsCan for that figure. However, StatsCan’s database shows five “robberies to steal firearms” in 2013, 16 in 2014, 12 in 2015 and 18 in both 2016 and 2017. There may not have been 1,200 break-ins to steal guns in the 151 years since Confederation. Firearms researcher Dennis Young filed an access to information request asking for “records, reports and statistics showing the number of firearms stolen in Canada” over the last 18 years and “where they were stolen from.” The federal government had to admit it doesn’t keep those statistics (except at StatsCan), even though Goodale, Blair and others keep insisting on much higher totals. Perhaps most troubling, there are more than 420,000 Canadians who are banned from owning guns, typically because of previous criminal convictions. But Goodale had to admit recently, the federal firearms computers “do not capture information concerning the illegal acquisition of firearms by prohibited persons.” By Lorne Gunter, Toronto Sun –  February 16, 2019 https://torontosun.com/opinion/columnists/gunter-the-liberals-cynical-ineffective-gun-policies-continue