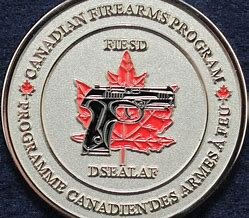 DISPUTING BLANKED OUT SECTIONS IN RCMP ‘NWEST CRIME GUNS’ REPORT – Excerpt: Once we analyzed this RCMP 2014 report, we realized why the RCMP were trying to keep it from public view. The definitions the RCMP used for ‘crime guns’ in the report were just plain WRONG and resulted in highly skewed statistics and an exaggeration of the number of crime guns that the RCMP reported to the media that were ‘domestically sourced’.   RCMP ATIP File: A-2016-04659 – Complaint to Information Commissioner – July 2, 2017 – Update: Letter from Information Commissioner acknowledging receipt of exemptions complaint – February 16, 2018