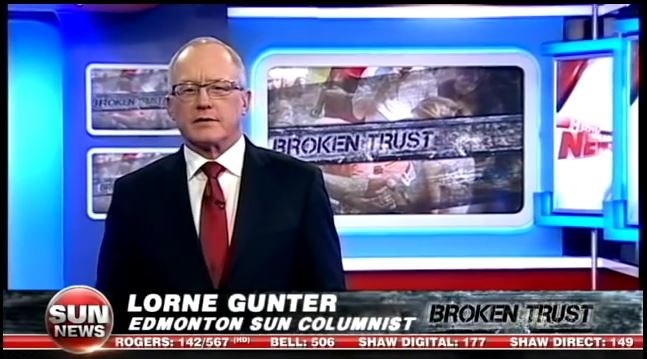 TORONTO SUN – THE RCMP PLAY FAST AND LOOSE WITH GUN REGISTRY – What is on the hard drive the Liberals intend to give the Quebec government may well include names and other records for gun owners outside Quebec, too. BY LORNE GUNTER , EDMONTON SUN – UPDATED: SATURDAY, JUNE 17, 2017 – READ THE REST:  http://www.torontosun.com/2017/06/17/the-rcmp-play-fast-and-loose-with-gun-registry

EXCERPT:  The Mounties were, in a way, stuck in the middle of these opposing forces. And I feel sorry for them for being pressured to walk on a knife’s edge, if not for one thing – the High River, Alberta gun grab in 2013. Following devastating spring floods in that southern Alberta community in June 2013, Mounties kicked in hundreds of doors – without warrants – searching high and low for guns. They insisted they were looking only for survivors and only took guns that were in plain sight. But it was clear they rummaged through underwear drawers and refrigerators, in locked safes and behind furnaces – places that were far too small to be harbouring flood victims. In many cases, Mounties went directly to homes of registered gun owners, looked only for listed guns, then returned to headquarters. If they had, as ordered, destroyed all the registry data in October 2012, how could they identify owners in June 2013 unless they’d made copies or squirreled away data on other computers. NOTE:  Here is the link to one such documented case: http://canadafreepress.com/print_friendly/pray-the-rcmp-dont-look-after-your-town-in-a-state-of-emergency

FOURTH POLL OF HIGH RIVER RESIDENTS SHOWS A DISMAL LACK OF TRUST IN RCMP – A large percentage of the residents of High River, Alberta would refuse another evacuation order. https://nfa.ca/poll-of-high-river-residents-shows-a-dismal-lack-of-trust-in-rcmp/

Another example why the RCMP should have never been placed in total control of the firearms program, its
a giant step towards a police state, a police state that gun owners already live in.