Firearms and Freedom-Related News for the week ending September 10, 2022 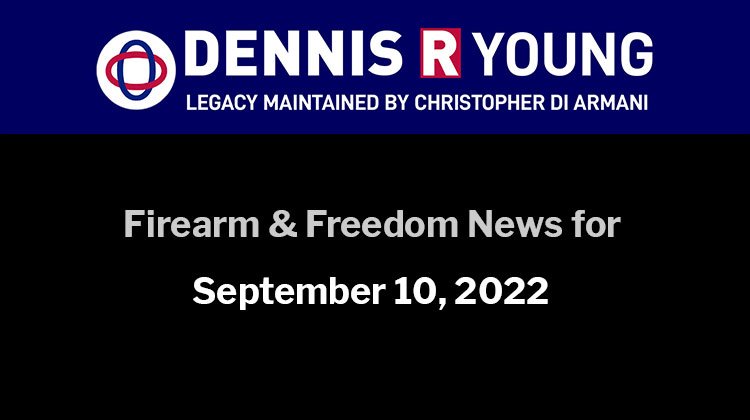 Premier Jason Kenney and Justice Minister Tyler Shandro announced Thursday the government will invest an additional $700,000 this year, $7 million next year and $5.2 million in the following year to hire 40 new positions under Chief Firearms Officer Teri Bryant. The expansion of resources is to support the processing of licence applications, transfers and authorizations to carry within Alberta.

A large majority of such applications are currently processed through the Canadian Firearms Program in Miramichi, N.B.

“There are over 340,000 licensed, law-abiding firearms owners in Alberta making our province home to the third largest and fastest growing rates of firearms ownership in the country,” said Shandro. “Many of these firearms owners have had to deal with the Canadian Firearms Program, which is a federal program administered by the RCMP in Miramichi, N.B., and this program is poorly managed. It’s poorly managed and, let’s be honest, subject to the political whims of Ottawa.”

The inquiry into the mass shooting in Nova Scotia heard today from experts who warned that the federal and Nova Scotia governments have a poor track record when it comes to implementing recommendations from inquiries.

As a prime example, two experts pointed to the landmark inquiry into the 1971 wrongful murder conviction of Donald Marshall Jr., which called for sweeping changes to the province’s criminal justice system.

Heidi Marshall, co-founder of the Jane Paul Indigenous Resource Centre in Sydney, N.S., told the inquiry that the Royal Commission on the Donald Marshall Jr. Prosecution led to the establishment of a Mi’kmaq police service in Cape Breton.

But that failed five years later because of a lack of funding and jurisdictional squabbles.

McMillan, who wrote a book about Marshall Jr., says those leading the inquiry into the 2020 shootings must make sure their recommendations are accompanied by deadlines for implementation and some sort of accountability mechanism to ensure changes are made.