Firearms and Freedom-Related News for the week ending September 3, 2022 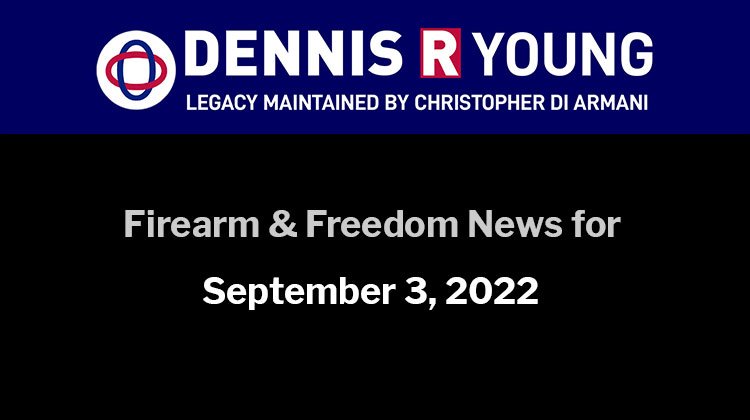 GAIL LETHBRIDGE: An empty shell of an apology from Lucki

This week, the commissioner of the RCMP apologized to the families of the Nova Scotia massacre during testimony before the Mass Casualty Commission (MCC).

While her contrition was certainly welcome and long overdue, it fell short in substance.

There were things in her testimony that I found jarring and a little strange, given the fact she was talking about a 13-hour shooting spree in which 22 people were murdered in April of 2020.

Even the apology itself seemed a bit off. I’m always suspicious of apologies that contain the word “but.”

“I want to apologize for the RCMP, but in such a way that we weren’t what you expected us to be and I don’t think we were what you wanted us to be or what you needed us to be,” she said.

Her choice of the word “but” sounded like she was placing a condition on her apology. We could say it was a syntax error, but Lucki will have come to the MCC well prepared with answers and talking points.

The apology danced around things when it should have been direct and delivered in no uncertain terms. She should have just said: “I’m sorry, we failed the victims, families and Nova Scotians.”

Guilbault told a news conference the $45 million per year will allow the city to hire up to 225 more officers.

The City of Montreal had already budgeted on its own for a similar amount, bringing the total maximum number of new officers to 450. On Saturday the city also announced it would commit $25 million of its own over five years to bolster mobile crisis response teams that work with vulnerable residents.

While Conservative leadership candidate Pierre Poilievre keeps getting pounded by fellow leadership contenders, MPs in other parties and much of the media for dividing Canadians, suggesting he is the instigator of verbal attacks and threats aimed at Liberal and NDP politicians and journalists, let’s not forget who Canada’s divider-in-chief is.

That would be Prime Minister Justin Trudeau, repeat violator of Canada’s conflict of interest law, smearer of political opponents as racists and white supremacists — including a Jewish member of parliament descended from Holocaust survivors — and invoker of the Emergencies Act for the first time in history, running roughshod over the objections of civil libertarians.

Also, a prime minister who didn’t know blackface was racist as a 29-year-old teacher in 2001 and who did it so many times he doesn’t recall how many there were.

But let’s not dwell on the past.

Let’s go to the present, as described in two recent public opinion surveys.