Firearms and Freedom-Related News for the week ending July 9, 2022 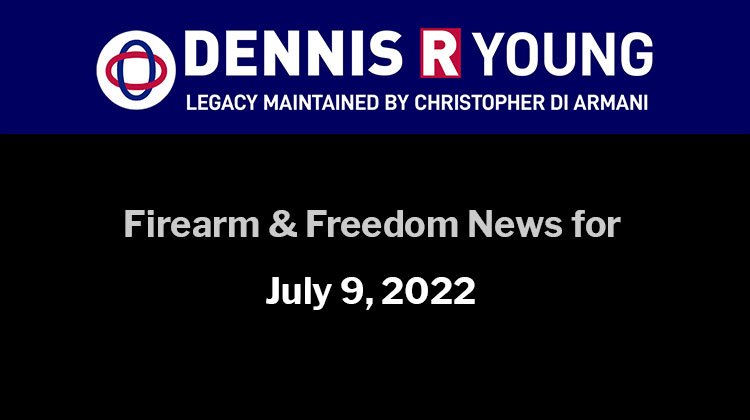 Rex Murphy: Tamara Lich is no danger. Unequal application of the law is

It would have been a better Canada Day for all of us if the cheap harassment of the Freedom Convoy organizer had never happened.

How did we, and our grand capital, Ottawa, “get through” another Canada Day? How is it then, that Ottawa is still standing?

The answer is on every patriotic Canadian’s lips.

And here it is. The fomenter of rebellion, the coup queen, dastardly insurrectionist and convoy convener Tamara Lich was rearrested in the notorious terrorist hideout of Medicine Hat, prior to the national holiday. And placed, once again, sealed off from working her harms, in jail.

I think it’s only right to give the Trudeau government thanks for its pre-emptive genius.

It is too much to ask the patriotic mind what Canada Day would have been like, what poor Ottawa would have been like, if this latter-day Castro of our northern dominion had been on the loose, free as a bird, in Medicine Hat (perhaps going off to a mall or dropping into a Shoppers to pick up an Advil) during our country’s birthday festival? Would Canada have survived? I doubt it.

The police forces of our nation spotted an alleged breach of her bail conditions and immediately issued a “Canada-wide warrant” for her arrest. It is unclear if the warrant offered the usual cautions — “Do not approach — Suspect is dangerous — May vote for Pierre Poilievre!” — but I’m sure they were very careful.

Was this the woman seen as a threat by the Canadian government to our nation’s integrity? 2022 Canada’s Robespierre? Did the government actually bring down the Emergencies Act because of this lady?

Another little stop. These same police forces, so quick to act in spotting the “Lich threat” — are they always this ready, this powerfully efficient?

On the torrent of vandalism and arson to over 50 churches last year — where are they and where have they been? On the infinite environmental protests of the past decade — did they jump to “arrest and no bail” when court injunctions were laughed at? When rail lines were blockaded, threatening the commerce and security of the nation, did they leap to clear them? Charge the radicals? Move in, all SWAT, to “unglue” empty-headed radicals from roads and entrance sites, and send them, pronto, to jail cells?

On the breaching of bail conditions, have the police or the courts, especially the courts, been quite as rigorous with those involved in gun-and-gang offences? Especially those whom having been released from jail, commit further offences while on bail?