Firearms and Freedom-Related News for the week ending May 14, 2022 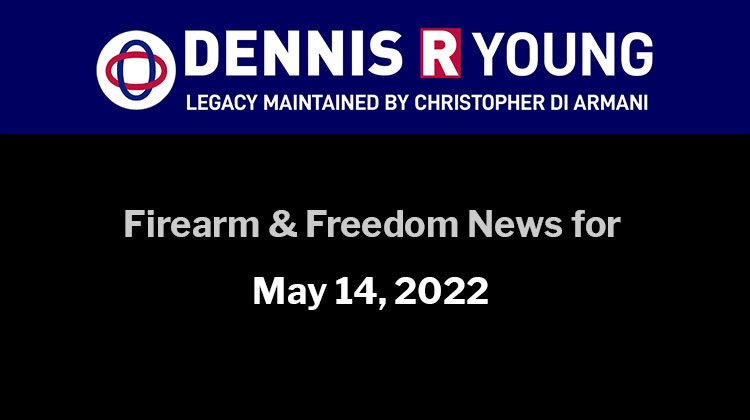 GUNTER: The Liberals have sneakily brought back the gun registry

Oh, I’m sure Trudeau Liberals will claim they are not reviving the convoluted, expensive, controversial, useless registry. After all, they swore up and down before the 2015 election they would never reinstate the registry if elected.

If you call any Liberal MP’s office and ask about Registry 2.0, I am confident you’ll get some talking-points answer along the lines, “We’re just asking anyone selling a gun in Canada to keep a record of who they sold it to. That information might be useful if the gun is ever used to commit a crime. And isn’t that what we all want, a safer Canada?”

Except that’s not exactly what the Liberals are doing.

PAUL SCHNEIDEREIT: Was no one at fault in Onslow firehall shooting?

No wonder the RCMP’s head-scratching insistence they wouldn’t change a thing about how two of their members opened fire on an unarmed emergency management official during the manhunt for a mass murderer makes Onslow deputy fire chief Darrell Currie’s head spin.

“That’s what they say, they didn’t do anything wrong and they would do the exact same thing if they had to do it tomorrow, which is just frustrating,” Currie told SaltWire’s Francis Campbell. “Wasn’t there one thing they could have done differently, anything, one simple thing?”

Randy Weaver has passed away.  Three decades ago, he was entrapped by an ATF agent.  Federal agents subsequently killed his son and wife. The Justice Department denied that anyone’s rights were violated but still paid a multi-million dollar settlement for the Weaver family’s wrongful death lawsuit.

Federal abuses at Ruby Ridge, the subsequent FBI coverup, and the outrageous arguments that federal lawyers made in court to protect the FBI sniper helped awaken legions of Americans to the danger of boundless federal power.

On August 22, 1992, FBI sniper Lon Horiuchi killed Vicki Weaver as she stood in the door of a cabin at Ruby Ridge, Idaho, holding her baby.  The FBI initially claimed that killing Mrs. Weaver was justified and then later covered up key details and claimed it was accidental.  FBI chief Louis Freeh pretended his agents had done nothing seriously wrong.