Firearms and Freedom-Related News for the week ending April 30, 2022 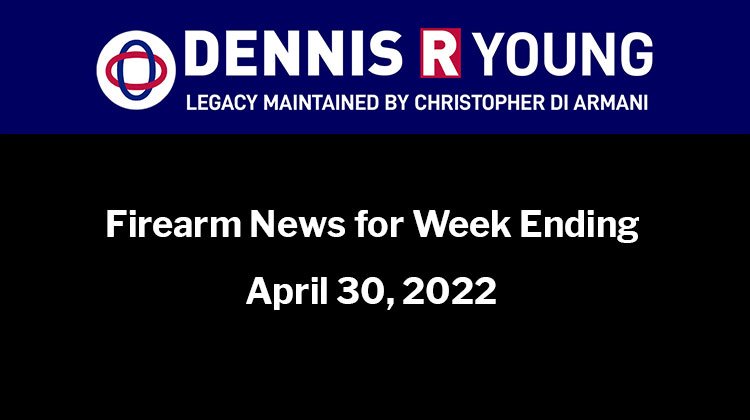 Constable Howard has stood up for her oath and has advocated for freedom of choice for ALL individuals in Canada as she is required to do as an officer and is now facing trial.

Watch the video at the link above to see how you can help!!

The Trudeau government is still considering a nationwide ban on handguns as a “last resort,” even as it prepares to introduce legislation that will offer financial support to provinces that bring in their own restrictions.

“There is a robust debate about taking action (on handguns) from coast-to-coast,” said one person with knowledge of the government’s plan.

A bill in the last Parliament, C-21, proposed allowing municipalities to ban handguns, as well as a host of other measures such as creating a “red flag” regime to remove firearms from people deemed to pose a danger to the public and a buy-back program for prohibited “assault-style” weapons.

However, the election call in August saw the bill die on the order paper.

In their election platform, the Liberals resurrected some of the ideas from C-21 but on handguns said they would provide $1 billion in financial support for provinces or territories that wanted to implement a ban.

Government sources suggest new legislation to be introduced this spring will attempt to strike deals with provincial governments.

The problem is that, while municipal politicians in cities like Toronto, Montreal and Ottawa have embraced the idea of a ban, provinces like Ontario and Quebec have not.

Hence, the continuing discussion inside the federal government about a national ban. “It’s not something we campaigned on in the last election but it’s not off the table,” said one official.

The Ontario election campaign is likely to have a major influence on where the federal government lands.

Ontario Liberal leader Steven Del Duca said if he wins this spring’s provincial election, he will introduce restrictions on possession, storage and transportation of handguns.

Premier Doug Ford, however, has said he is focused on funding police services to fight gangs and guns. Ontario argues that 80 per cent of guns used in crime are obtained illegally and half of firearms deaths are gang-related.

Like so many small towns, Espanola, Ont., holds tight to some unique claims to fame. Dubbed “The Home of Ringette,” it’s the place where Mirl “Red” McCarthy jotted down the first experimental rules for the sport, now played by thousands of skaters across the country. Espanola (population 5,185) was also the longtime summer home of actress Lois Maxwell, best-known for portraying Miss Moneypenny in 14 consecutive James Bond movies, from Dr. No in 1962 to A View to Kill in 1985.

Today, Espanola is still what it has been for decades: a relaxed, picturesque pulp-and-paper town 45 minutes west of Sudbury, and the main service hub for nearby Manitoulin Island. Many locals earn their paycheques from the mill while savouring the spoils of rural Ontario life, from breathtaking scenery to tight-knit neighbourhoods.

In all fairness, Espanola is probably most famous for being a place people drive by. Nestled a few kilometres south of the Trans-Canada, it’s just far enough away from the highway that cars whizzing by never actually see it.