Firearms and Freedom-Related News for the week ending April 23, 2022 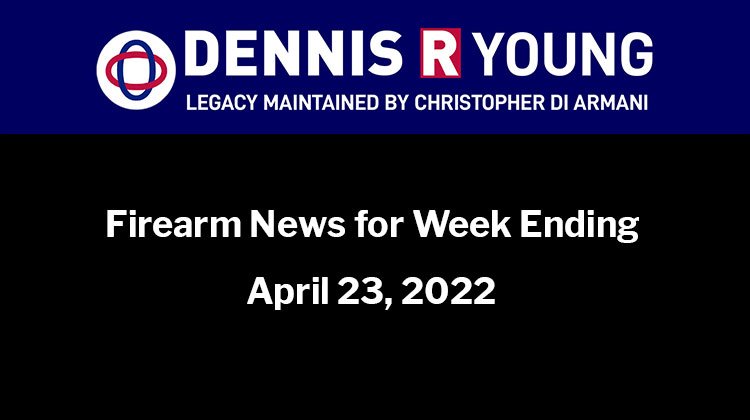 Alberta’s Chief Firearms Officer, Teri Bryant has sent a letter to the Federal Minister of Public Safety regarding the ban of over 1,500 types of firearms. The ‘Assault Style’ firearms ban was brought forth from the Federal Government in May of 2020 and recently extended to October of next year.

“It is alarming that no evidence has been adduced to justify the arbitrary selection of the firearms on the list. Prohibiting specific types of firearms is an approach that has proven ineffective in improving public safety. It is time to focus on what does work, the diligent pursuit and prosecution of criminals and those putting firearms into their hands,” said Bryant in her letter.

She believes the Canadian Firearms Program already ensures that firearm owners are responsible. However, Bryant remains concerned about how criminals are getting their firearms and would like to see the Federal Government address it with an improved approach.

Bryant is also concerned by the process of seizing the outlawed firearms. She suggests that some of the guns in question are historical artifacts or may have sentimental value to some lawful owners.

Ontario Liberal Leader Steven Del Duca said he will, if elected Premier on June 2nd, ban all handguns in Ontario within a calendar year.

“An Ontario Liberal government will ban handguns across the province in its first year in office,” Del Duca announced.

There are so many ways to rip Del Duca to shreds on this statement that the only challenge is in deciding where to start!

First, if Steven Del Duca understands the Firearms Act, then he knows it is federal law. So saith the Supreme Court of Canada in their 2000 decision in Alberta’s Reference re Firearms Act.

Trudeau hasn’t lifted a finger to craft this legislation, nor is he likely to start any time soon because, well, a Justin Trudeau promise isn’t worth the paper it’s not printed on.

If Mr. Del Duca knows these facts but still made a promise he can’t possibly deliver on, then he’s just another Liberal Liar.

If Steven Del Duca doesn’t comprehend he’s utterly powerless to make good on his promise to “ban handguns” in his first year in office unless and until Justin Trudeau passes legislation to fulfil that promise first, then Del Duca is just another ignorant Liberal virtue signaler.

Premise #3: Del Duca is a Liar and Ignorant Virtue Signaler

Steven Del Duca – a Justin Trudeau wannabe – is likely both a Liberal liar and an ignorant virtue signaler.

He’s probably clueless to the fact the Firearms Act is designed to regulating firearm ownership and use among licenced gun owners. Nor would he care.

His public statements imply he knows he can’t fulfill his promise, but he made it anyway, which makes him the worst kind of politician – one who will smile at you while he lies to your face.

Liberal politicians are once again misrepresenting firearms issues for political gain. This time, we highly doubt the public is going to fall for it.

Prime Minister Justin Trudeau has been stoking fears about guns for years, arguing that Conservatives support “the proliferation of assault-style firearms in Canada.”

He has then gone on to propose various gun laws that wouldn’t stop illegal gun crimes. All they would do is create further red tape and hassles for the millions of law-abiding gun owners across Canada.

The latest entrant to the firearms fearmongering fest is Ontario Liberal leader Steven Del Duca. The third party leader made headlines for pledging to ban handguns in Ontario, stating:

“The [Doug] Ford Conservatives are putting the interests of the gun lobby ahead of the Ontario victims of gun crime they swore an oath to protect. The result is handgun violence is spiraling out of control.”

Canadians outside of Ontario should know there is an election about to commence, and that the Liberals aren’t doing well in the polls. This announcement is nothing but a shameless partisan tactic.