Firearms and Freedom-Related News for the week ending March 26, 2022 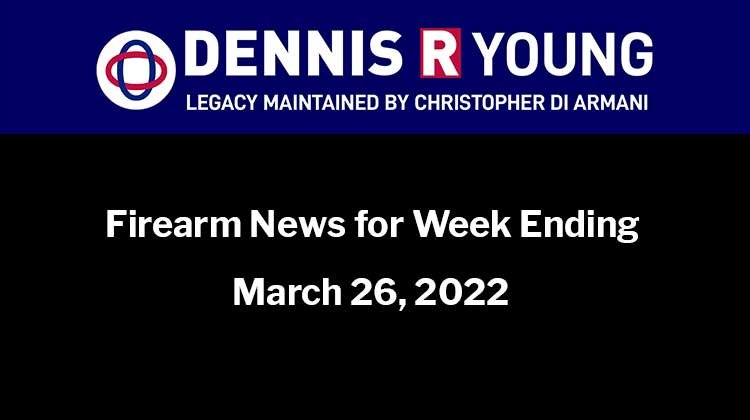 The hot topic of mandatory minimum sentences came front and centre at the Supreme Court of Canada Tuesday when it heard arguments on sentences relating to firearms offences, including that of the British Columbia Civil Liberties Association.

“Sentencing is, and should always be, a very personal process based on the person and the circumstances,” says Osler Hoskin & Harcourt LLP lawyer Emily MacKinnon, representing BCCLA, which has intervenor status.

This week, the Court will have the opportunity to hear arguments on whether the mandatory minimum sentences for robbery with a firearm constitute cruel and unusual punishment, as well as the question of the constitutionality of a “tough on crime” law that prevents a judge from allowing an offender to avoid jail time by imposing a conditional sentence for certain crimes.

In the Hilbach case, Ocean Hilbach pleaded guilty and was convicted of robbery while using a prohibited firearm.

Hilbach, aged 19 at the time of the offence, robbed a convenience store in Edmonton with an unloaded sawed-off shotgun. With his face covered, he pointed the gun at two employees and demanded cash. His accomplice punched one of the employees and kicked the other. They fled with $290 in lottery tickets.

The sentencing judge found that the mandatory minimum five-year sentence, in the case of a first offence, was cruel and unusual in Hilbach’s circumstances. While his actions were undoubtedly wrongful and deserving of punishment, the judge noted several factors warranted a lighter sentence.

Hilbach was an Indigenous teenager with a family history of residential school attendance. He had an 18-month-old daughter, a grade 10 education, and “a history of physical abuse, family violence, chronic unemployment, and gang involvement.”

The sentencing judge determined that five years in prison would do far more harm to this young man than good. He sentenced Hilbach to two years less a day instead so that the offender could be eligible for probation.

“In order to allow further time to come into compliance with the law the amended Amnesty Order extends the expiry date,” staff wrote in a Regulatory Impact Analysis Statement. A ban on the possession and sale of some 1,500 types of weapons to take effect April 30 is now delayed until October 30, 2023.

Minister Blair on May 1, 2020 amended Regulations Prescribing Certain Firearms to outlaw guns that “have no place in a civil society,” he told the Commons at the time. “They were designed not for hunting and sporting purposes which is the lawful use of a firearm in Canada but rather for individuals to kill other individuals.”

Cabinet repeatedly claimed the ban applied only to what it called military grade assault weapons. “Our work is on behalf of Canadians and keeping them safe,” Blair testified at 2020 hearings of the Commons public safety committee.

“You and I both know there is no such thing as military assault weapons in this country,” said Conservative MP Glen Motz (Medicine Hat-Cardston, Alta.), a retired police inspector. “They have been banned for 40 years.”

“To misguide and mislead Canadians is disingenuous on your part,” said MP Motz. “We’re not misleading anyone,” replied Blair.

Cabinet’s Analysis Statement yesterday acknowledged the ban did include hunting rifles. “Stakeholders raised concerns the Amnesty Order did not allow for the transportation of firearms that were previously non-restricted and used for sustenance hunting or to exercise a right under section 35 of the Constitution Act for maintenance purposes, for example for repair or sighting in preparation for hunting,” said the legal notice.

Section 35 of the 1982 Constitution Act states the “existing aboriginal and treaty rights of the aboriginal peoples of Canada are hereby recognized and affirmed.”

A Toronto police officer was seriously injured Thursday after he accidentally shot himself, a spokesperson for the service says.

Toronto police spokesperson Meaghan Gray told Global News that officers were in the Fairview Mall area in North York when the incident happened around 2:45 p.m.

“There was an accidental discharge of a firearm and an officer injured himself in the hand and the leg,” Gray said.

The officer’s injuries were reported to be serious but non-life-threatening.

He was taken to hospital, where he is now listed as being in stable condition, Gray said.

No one else was injured.

Gray said an investigation is now underway by Professional Standards.