Firearms and Freedom-Related News for the week ending March 19, 2022 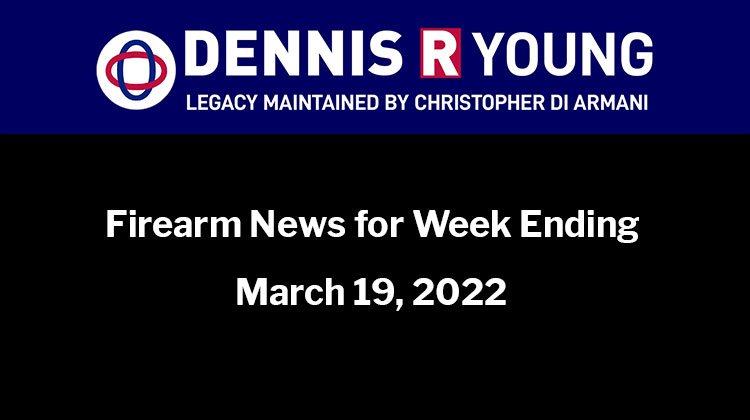 ‘There is currently little information publicly available which indicates origin of firearms used in crime to determine whether a firearm used in a crime was stolen, illegally purchased or smuggled into the country’

It’s going to take years but Statistics Canada says it’s collecting information for the first time on the number of stolen and smuggled firearms used in Canadian gun crimes.

“It may take a few years for these changes to be fully implemented,” StatsCan wrote in a report to the Commons public safety committee, according to Blacklock’s Reporter.

“The extent to which organized crime is involved in firearm-related violence is currently unclear.”

In 2019, StatsCan added questions including weapon’s barrel lengths and whether the firearm was previously reported stolen in its yearly Homicide Survey questionnaires to police departments.

But staff reported the information collected was so incomplete it was unreliable.

However, the report Police-Related Statistics On Firearm Related Crime said most suspects arrested in fatal shootings did have criminal records and about 39% of fatal shootings were gangland slayings.

Broke Their Own Gun Laws

The Bank of Canada yesterday admitted its security department is in breach of federal gun laws. Employees were storing firearms technically prohibited under a 2020 cabinet order, it said.

“The Bank has a number of long-barreled firearms for use by its armed security officers,” said Alex Paterson, spokesperson for the Bank. “These firearms became classified as restricted.”

Staff in a legal notice said “the Bank of Canada could not use part of its inventory.” The number of firearms was not disclosed. “Some firearms are now prohibited and its personnel are not currently legally permitted to use them,” it said.

A Regulatory Impact Analysis Statement yesterday was the first acknowledgment the central bank was in breach of cabinet regulations under the Firearms Act that dated from May 1, 2020.

“The Bank of Canada requires these firearms for its security personnel in the course of their duties to effectively defend its premises, assets and the public in the event of an armed attack,” wrote staff. No further explanation was given.

Get ready for another round of political fighting about gun control in Canada.

The Liberal government is getting set to make good on promises to toughen gun laws at the same time the Conservatives are in the midst of a leadership race in which candidates’ positions on gun restrictions will be an essential question — and likely provide new attack fodder for the Liberals.

Public Safety Minister Marco Mendicino said Wednesday that a mandatory buyback program will be launched as soon as this spring for the upwards of 1,500 kinds of firearms banned by the government in 2020.

The controversial order-in-council announcing the ban of what Ottawa called “assault-style” weapons was accompanied by a two-year amnesty for owners, in part to allow for a buyback program to be set up.

That amnesty was set to expire next month. With no buyback program yet in place, the government will now extend the amnesty to October 2023.

“We’re not saying it’s going to take 18 months at all to launch this (buyback) program,” Mendicino said Wednesday at an event in Markham to announce funding to combat gang violence.

“We hope to have a launch much faster than that … certainly we hope this spring, if not as quickly as possible.”

The original buyback program was voluntary, but in the 2021 election the Liberals promised to make it mandatory as part of their promises to get tougher on gun crime.